I love Spring and Autumn…. 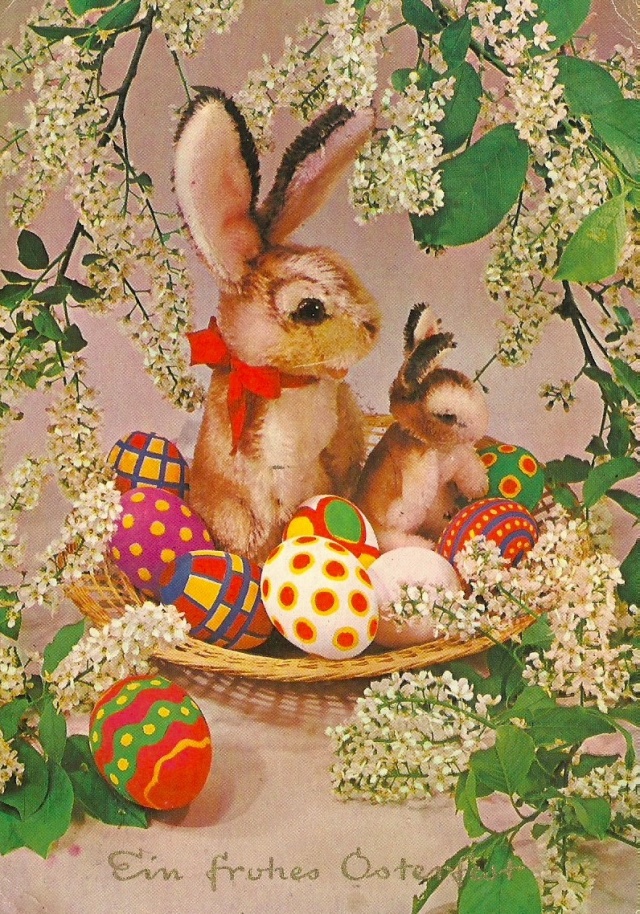 Here are some lovely kitsch German and Hungarian postcards I found in Hungary. 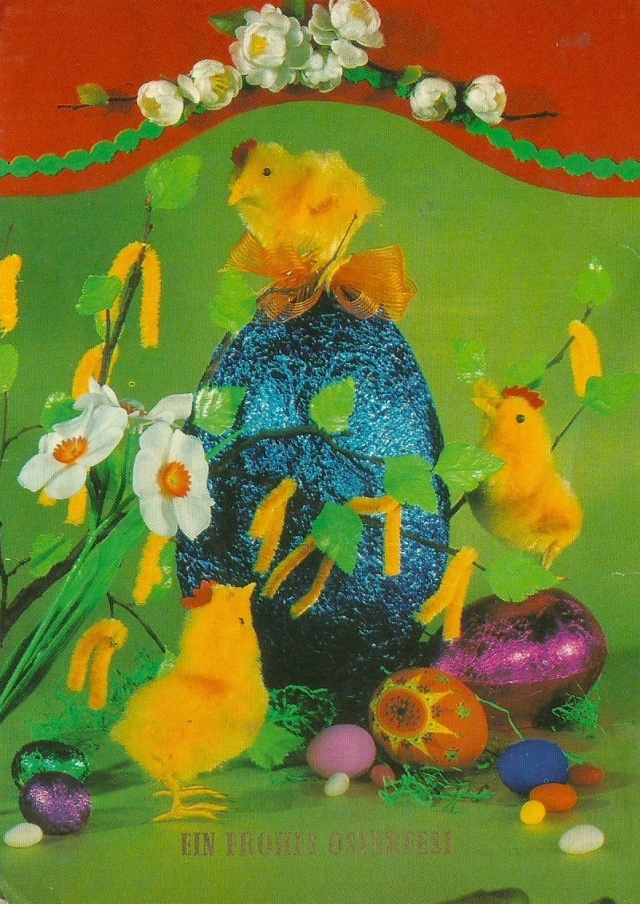 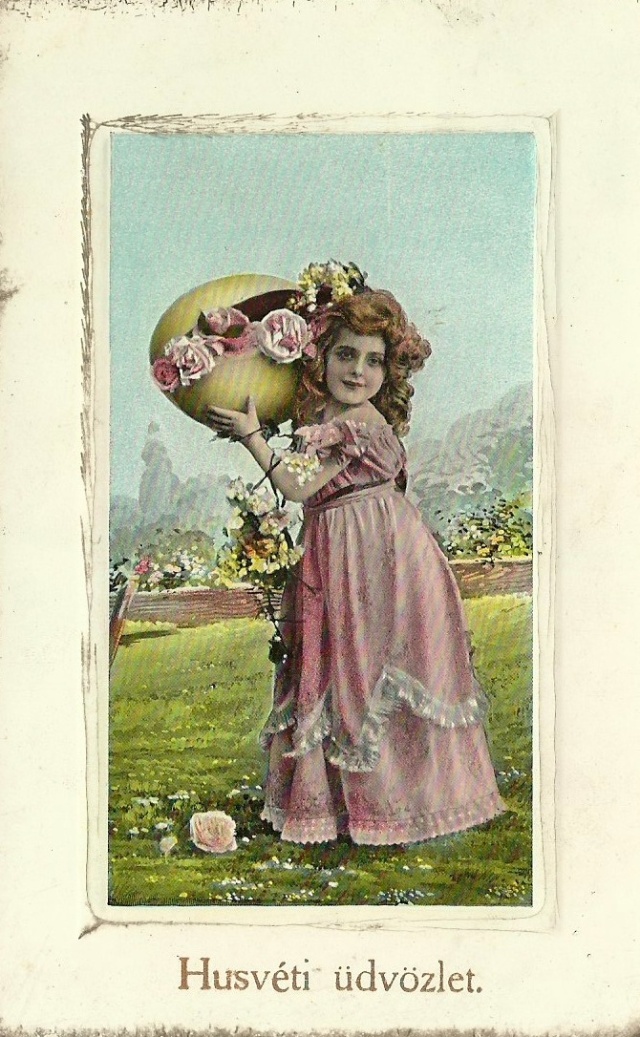 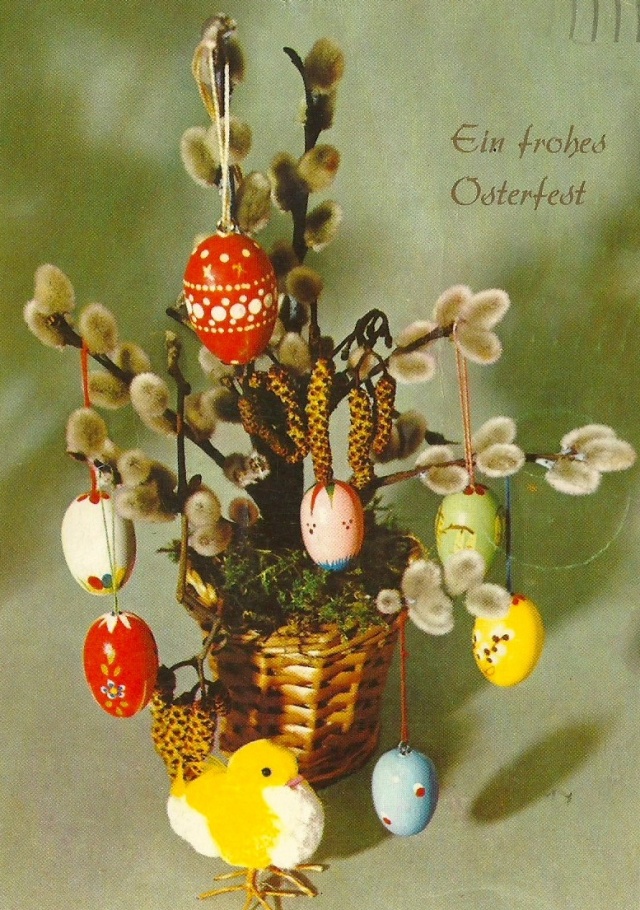 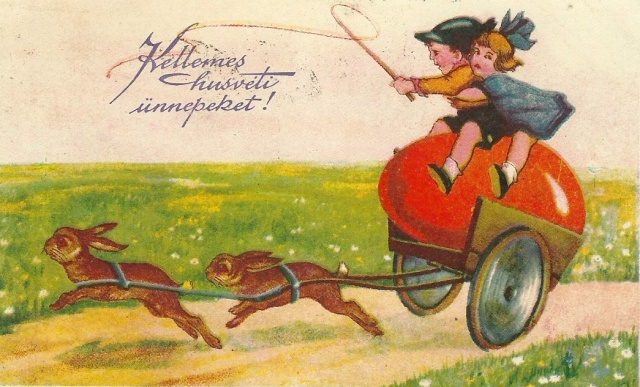 Things have been quite quiet on the music front but we had a great session with little Richard.  Mark calls him young Richard. His real name is Richard Moore.  He played with Nigel Kennedy the same night after he had done our session at Ronnie Scotts but sadly he couldn’t get me in. I’m pleased with this beautiful melody he has written on a song called ‘Turn Me On’. 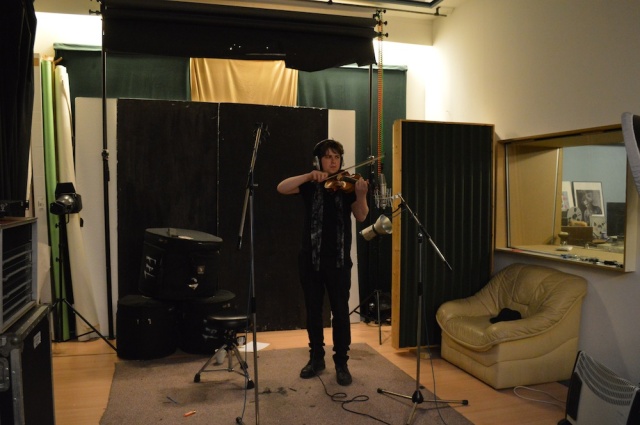 The album is pretty much there. I could see it performed if there was demand and I can see it visually. We’ll have to see.  Here’s Mark Vernon at the piano.  I’m very excited whatever about this album.  I plan to perform at a special event in June.  It’s given me something to aim towards. 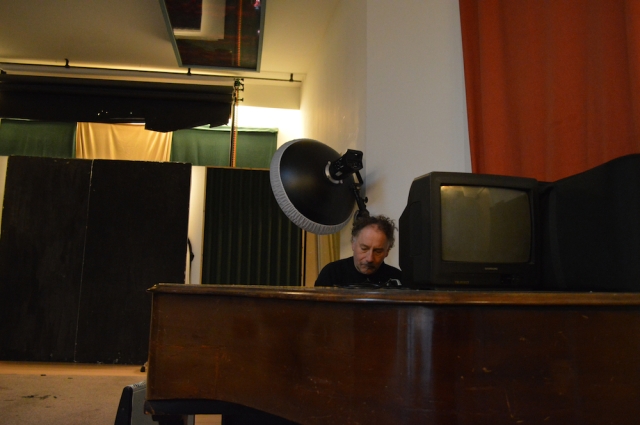 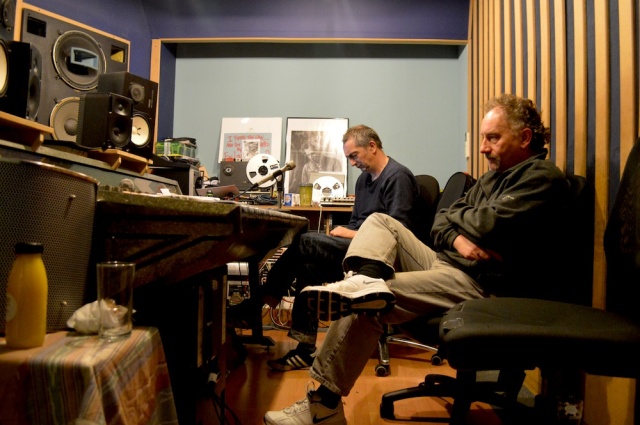 Hungary was a wonderful place to visit.  I swam twice a day.  As I swim mainly underwater I admired huge bodies through my goggles in the lovely pool that was attached to the hotel which was the inspiration for the film Grand Budapest Hotel.  I sat in the hot thermal baths.  Faded grandeur, under the shadow of its communist past.  My guide book was from the early 80s I got it because of the photographs. I didn’t realise it at the time it was that old.  Here is the guidebook to Communist Hungary. 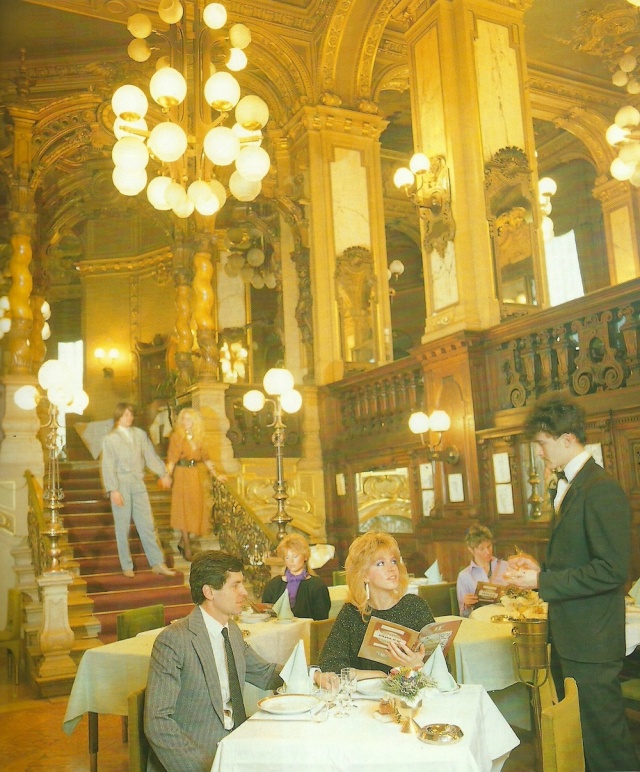 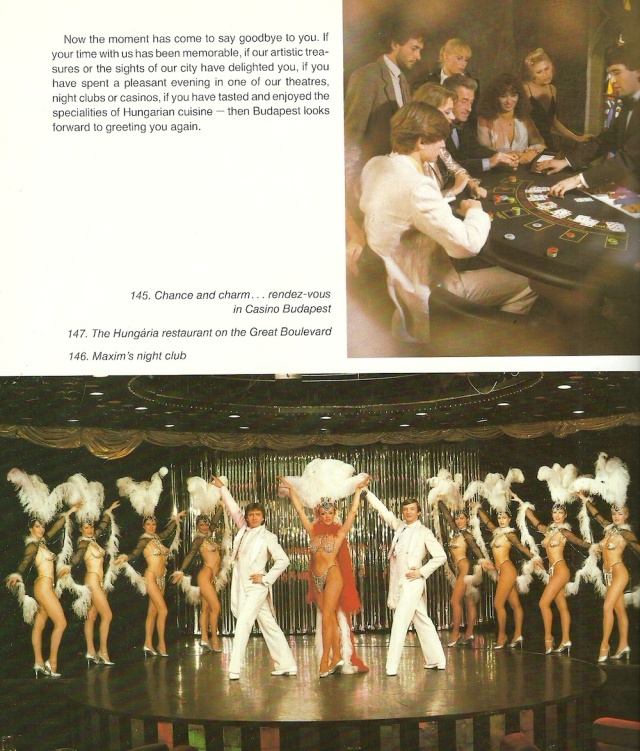 But you can have the most amazing breakfast at the Gallert Hotel ….if you haven’t got poisoned in the bar the night before.  Tip: Avoid whatever looks like champagne/ prosecco.  Whatever it is it isn’t …. 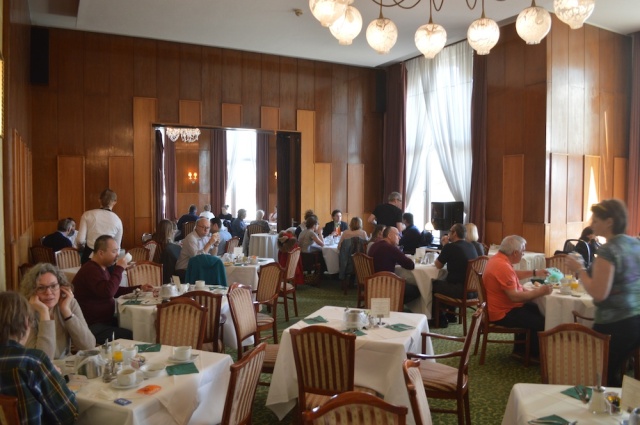 Breakfast at the Gallert February 2015 (Photograph by Lettie) 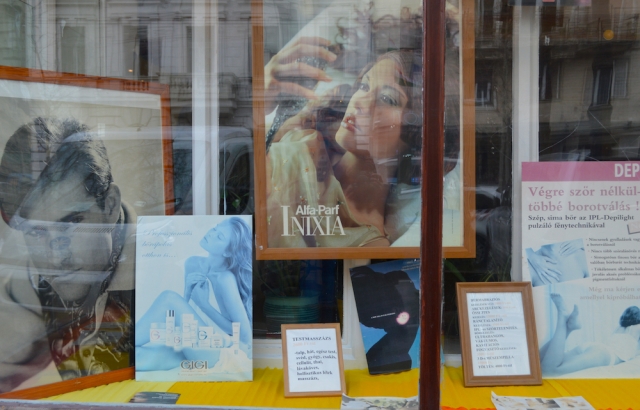 Or buy a souvenir: 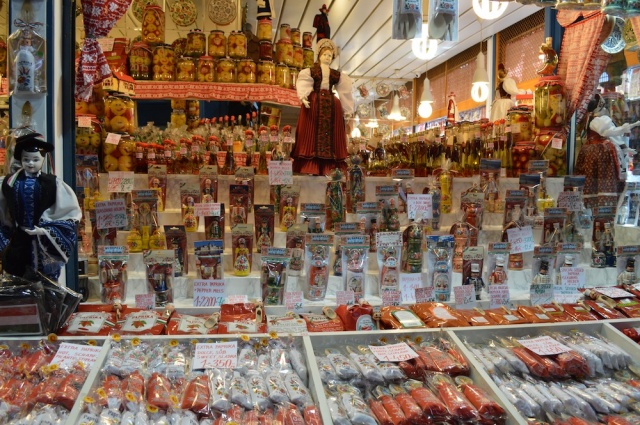 Or you could hang out in the cafes… 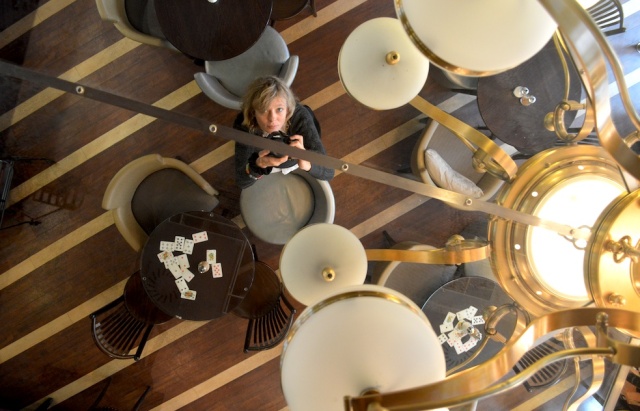 Self portrait by Lettie 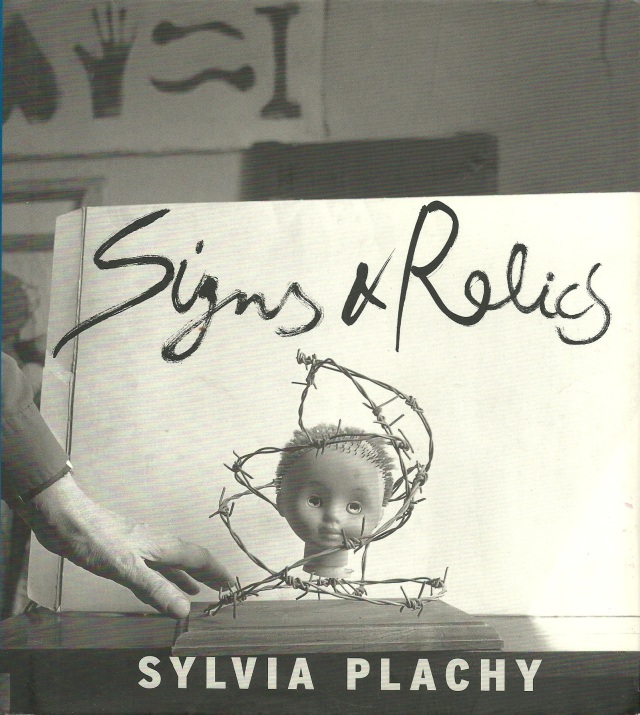 And of course hide a doll… 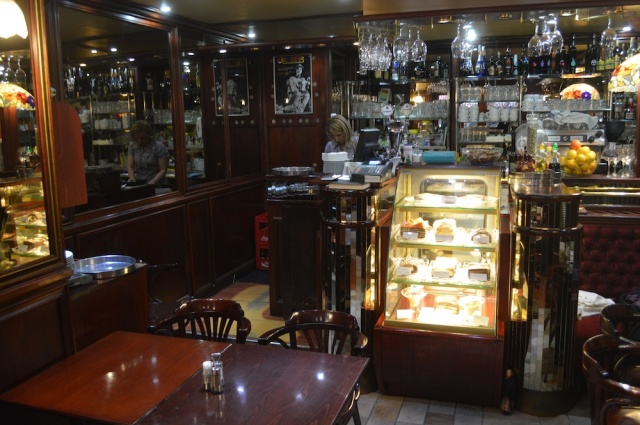 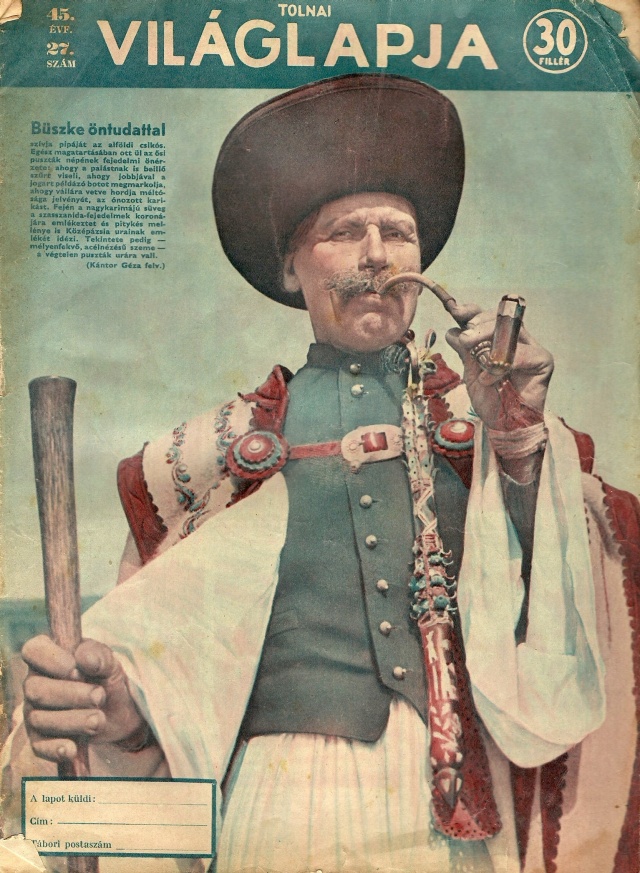 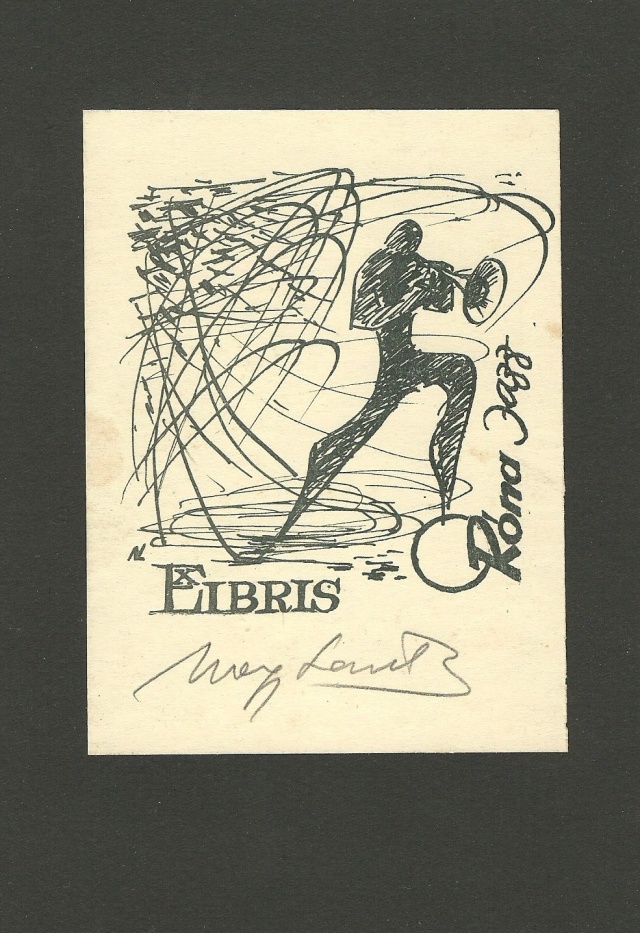 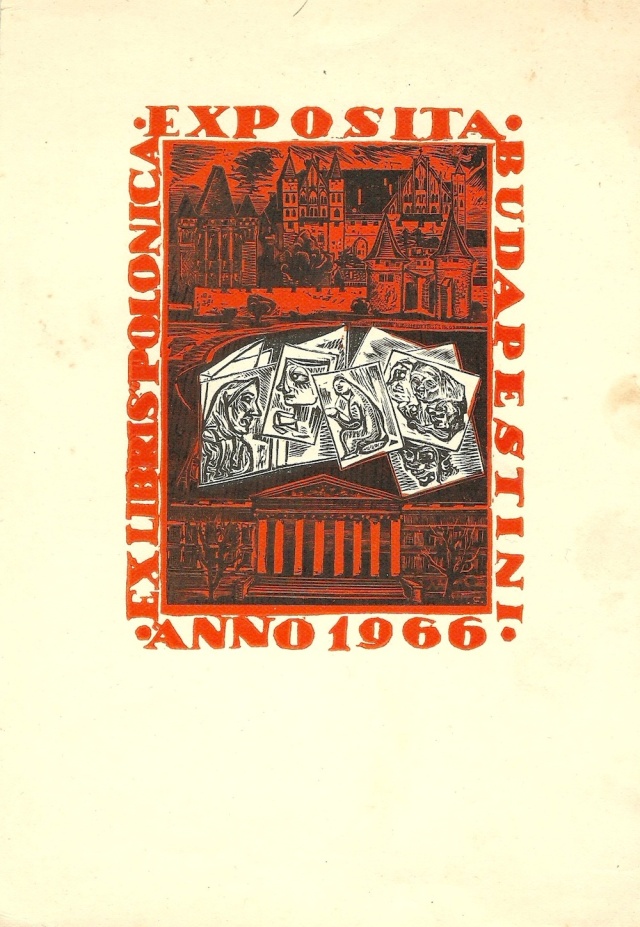 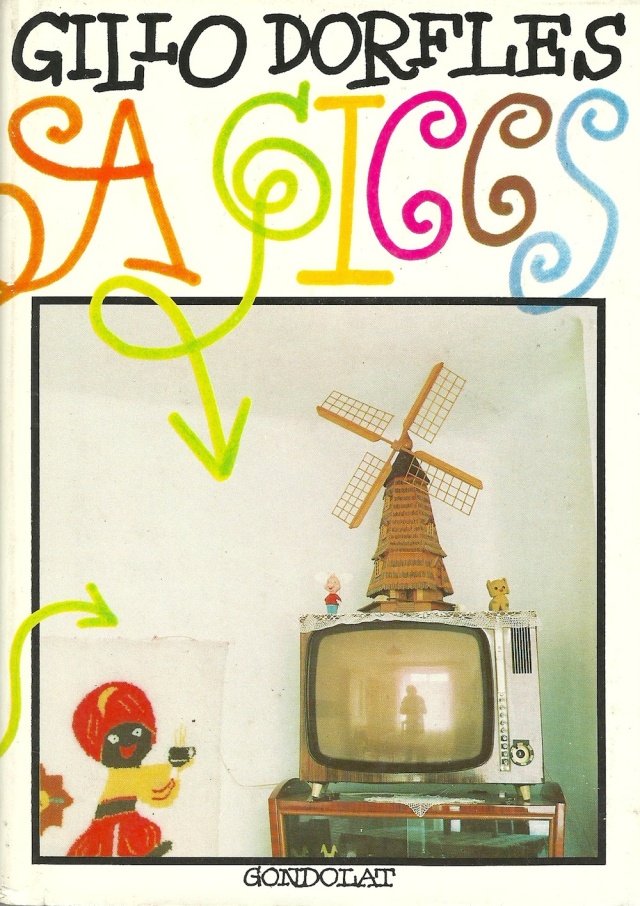 And look at its wonderful images… 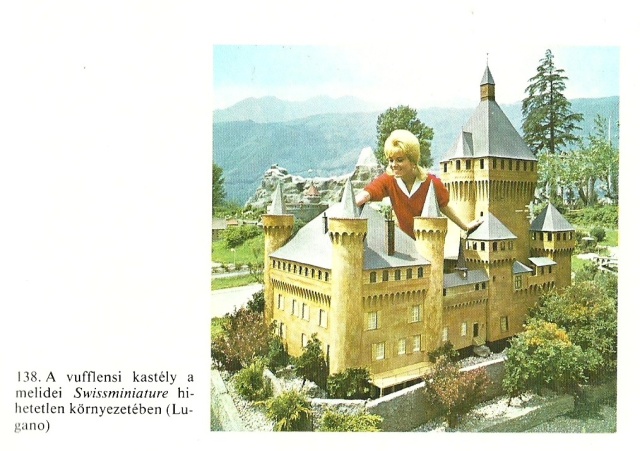 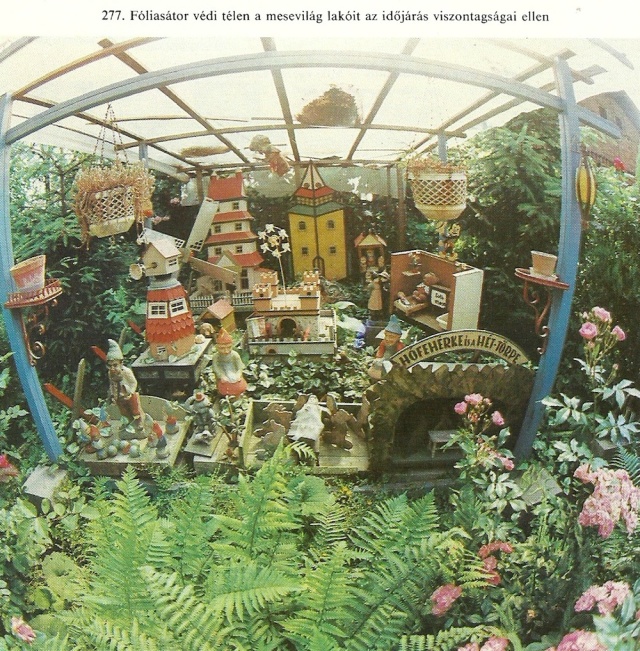 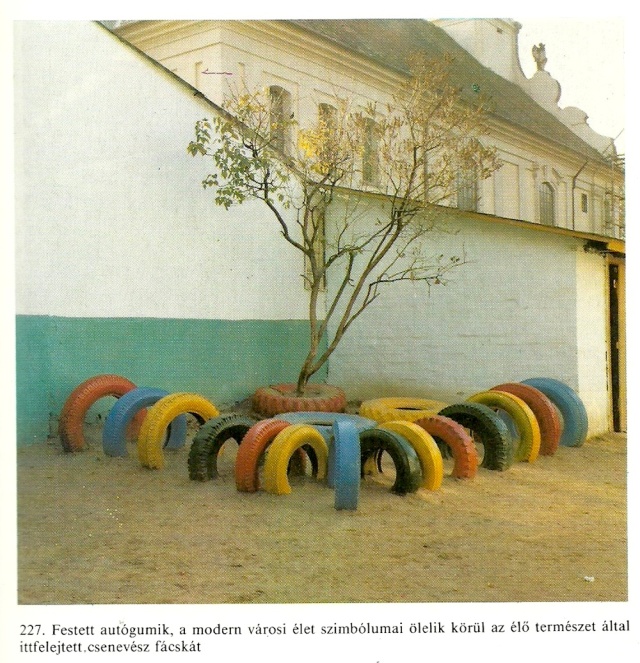 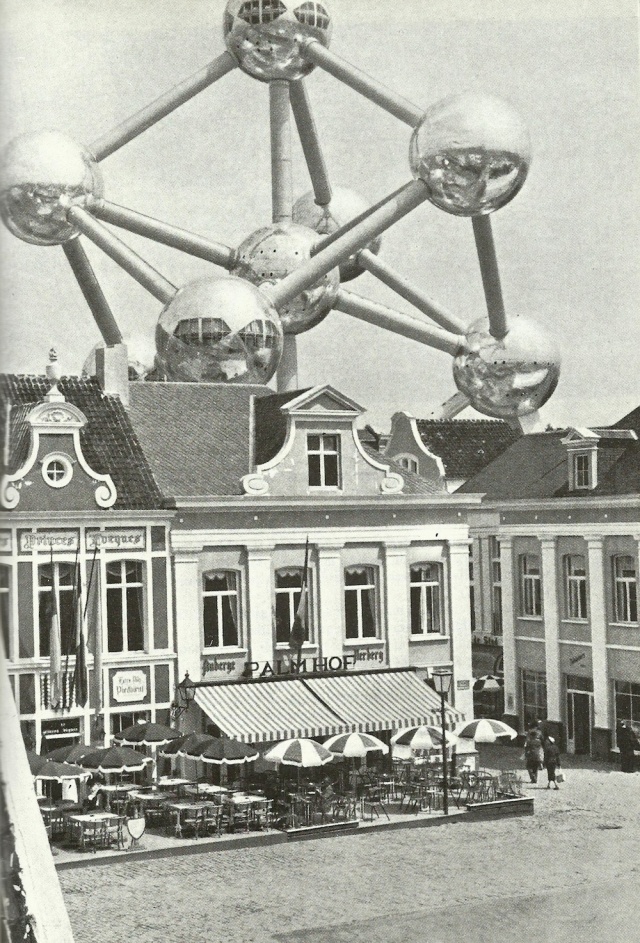 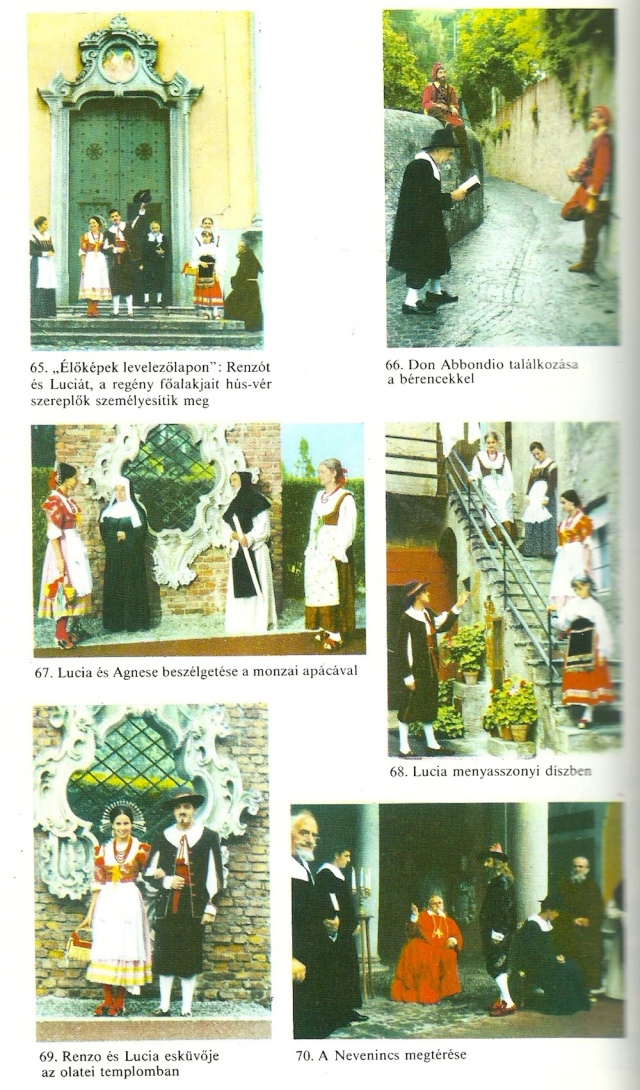 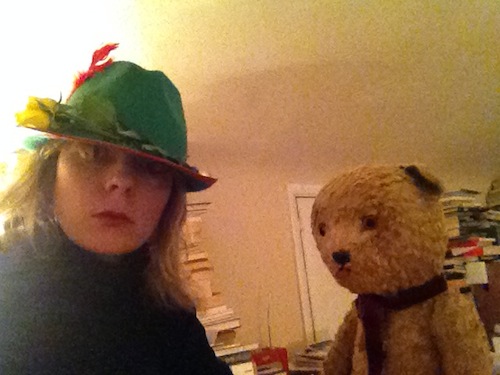 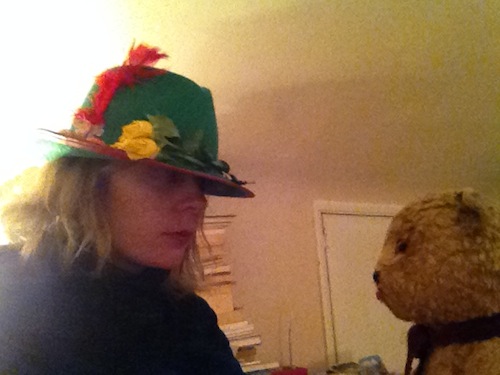 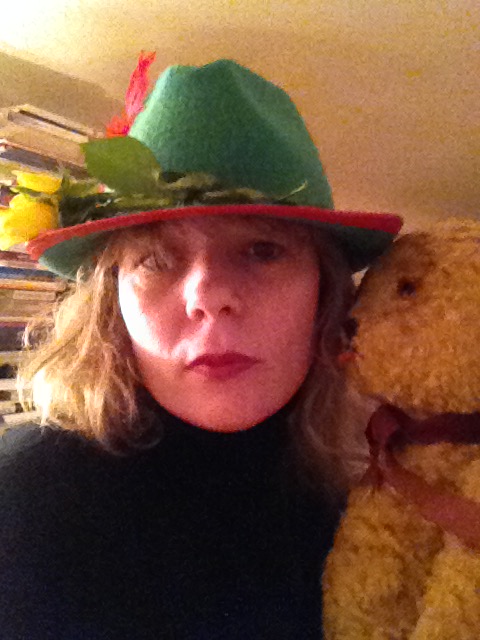 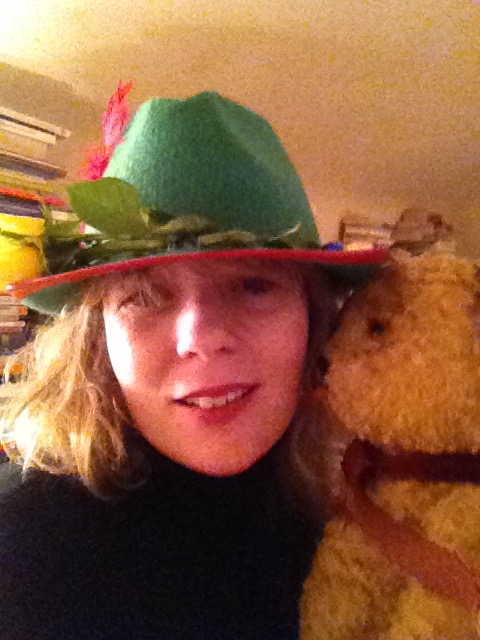 Why do communists only drink herbal tea?  Because proper tea is theft!