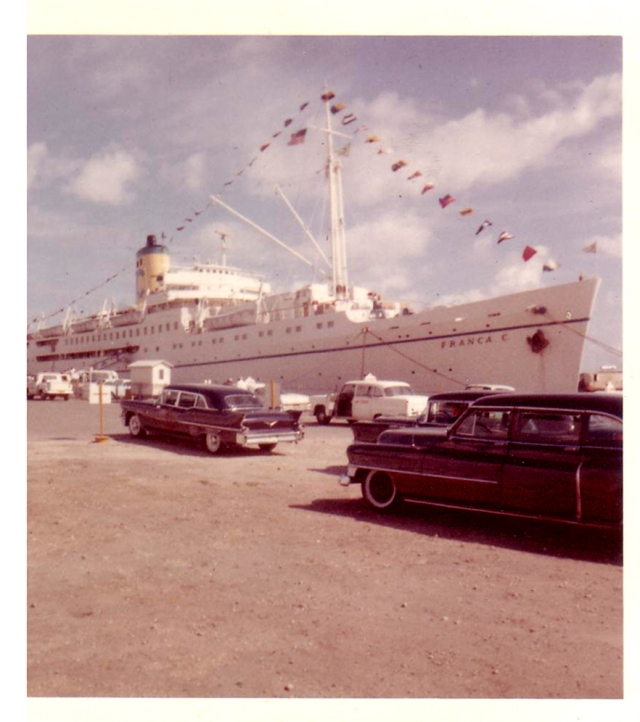 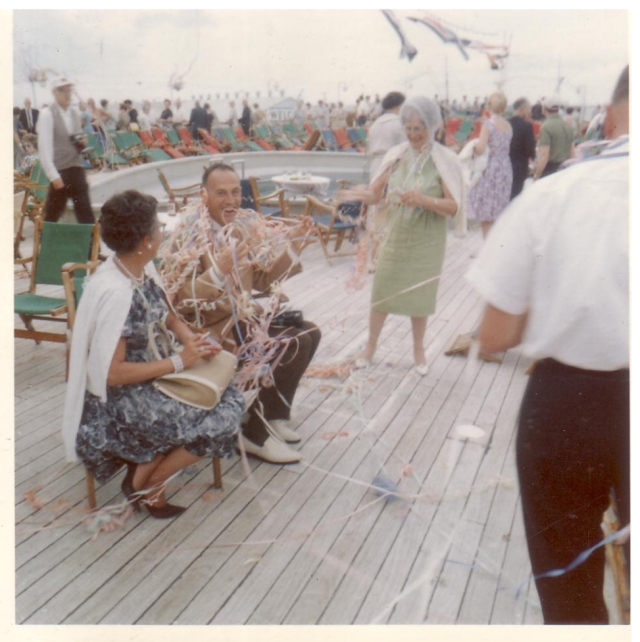 Then the party began Dot Scott Laura all mixed up 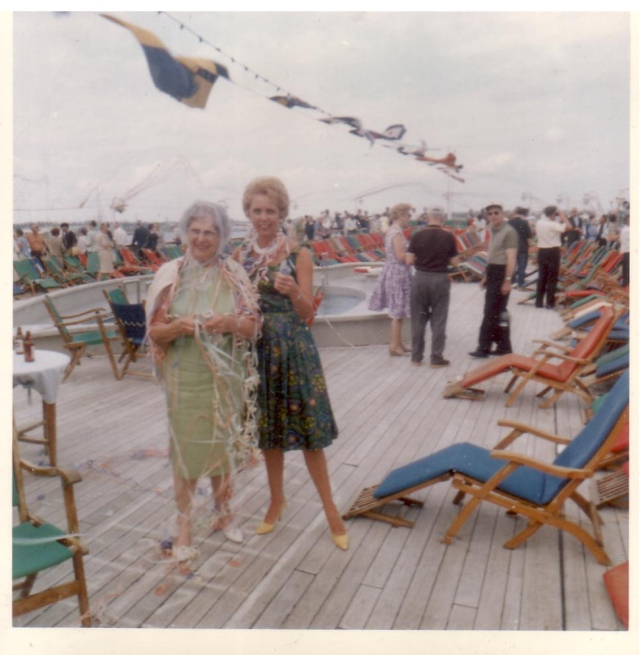 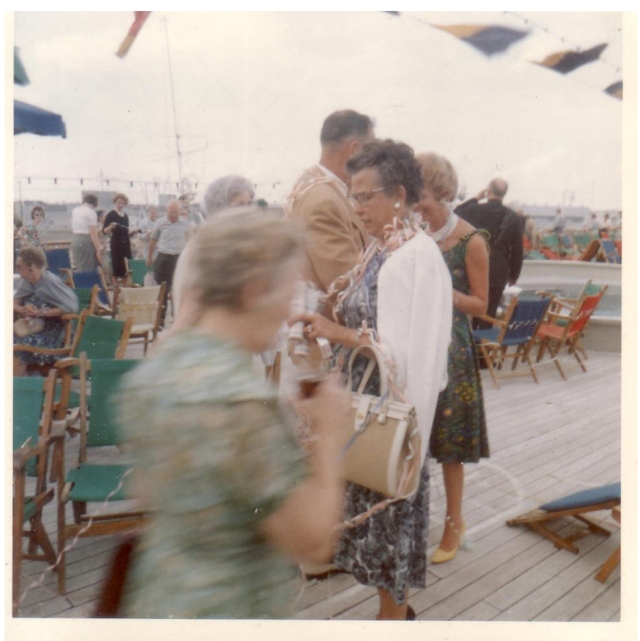 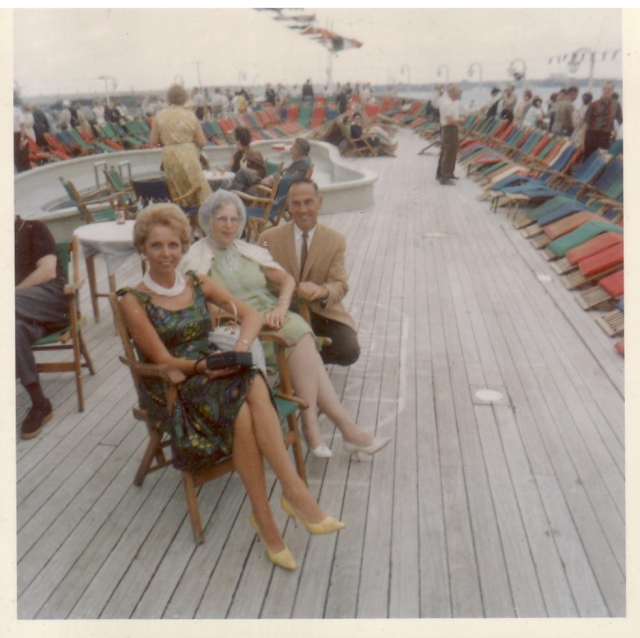 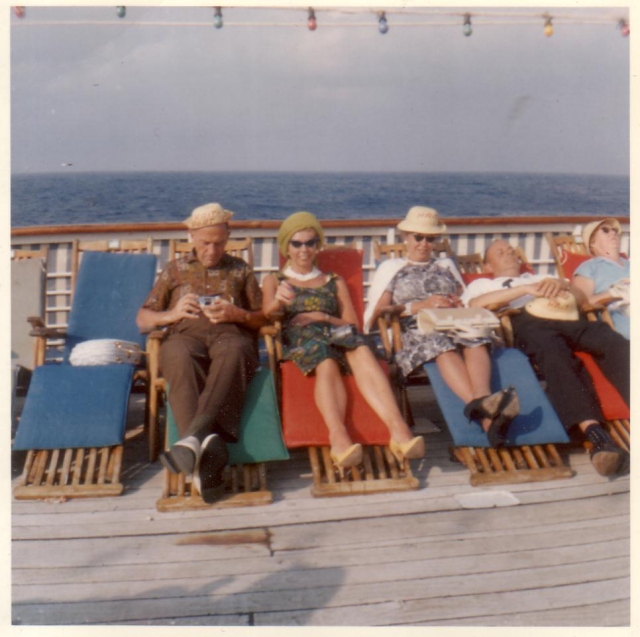 Our 4- chairs on the lounge deck 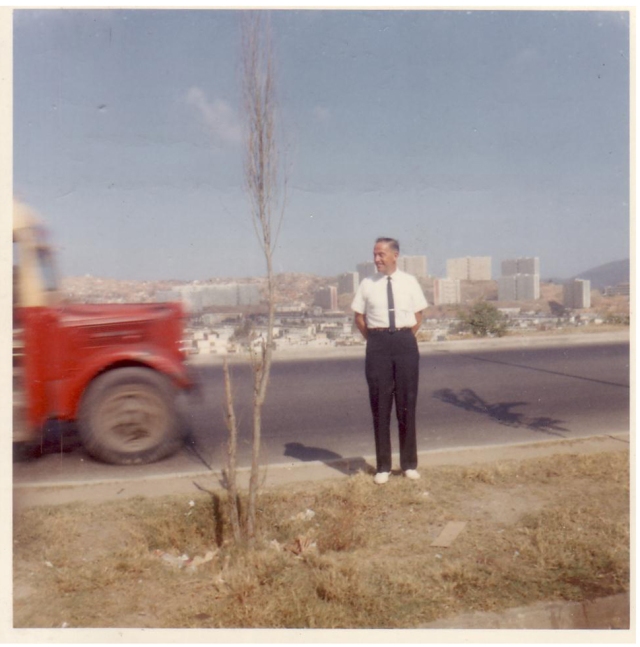 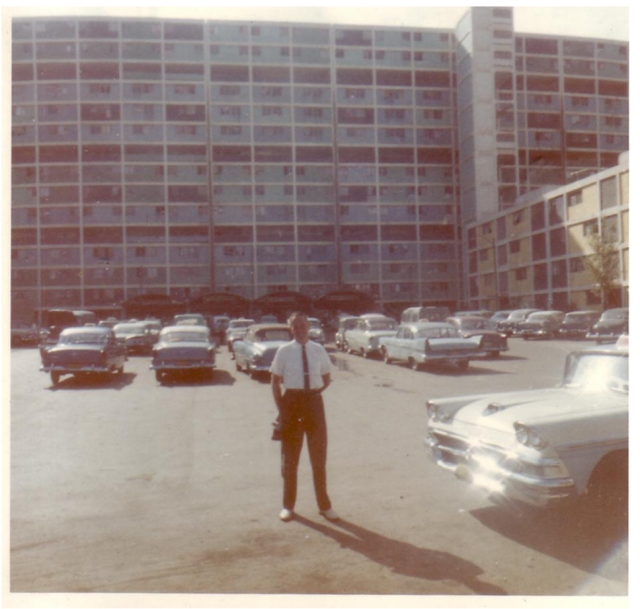 Caracas, Venezuela our guide educated in Trinidad lived in this huble housing 14 stories each box a 5 room apt rest 37 amo 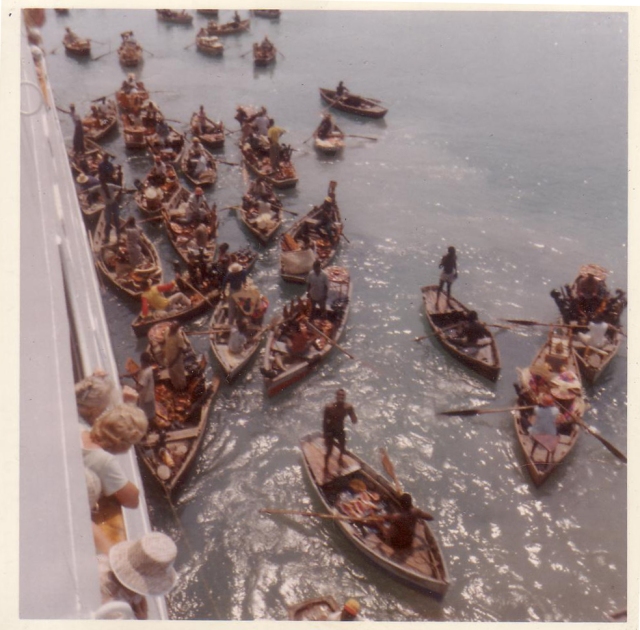 Bartering for baskets, hats, mahogany etc at Haiti until our ship pulled out of the habour for Port Everglades 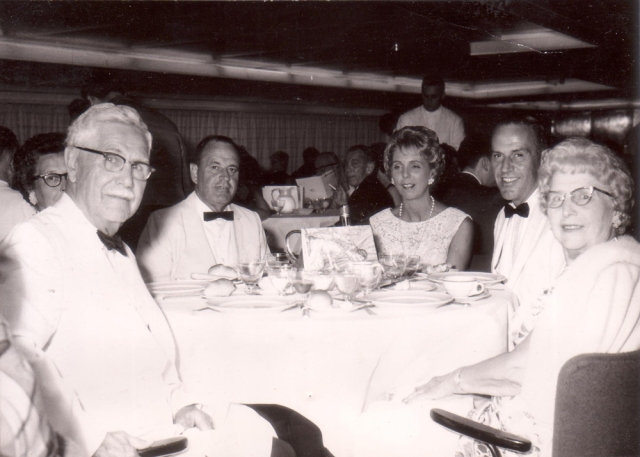 The Dining Room on the Franca 'C' 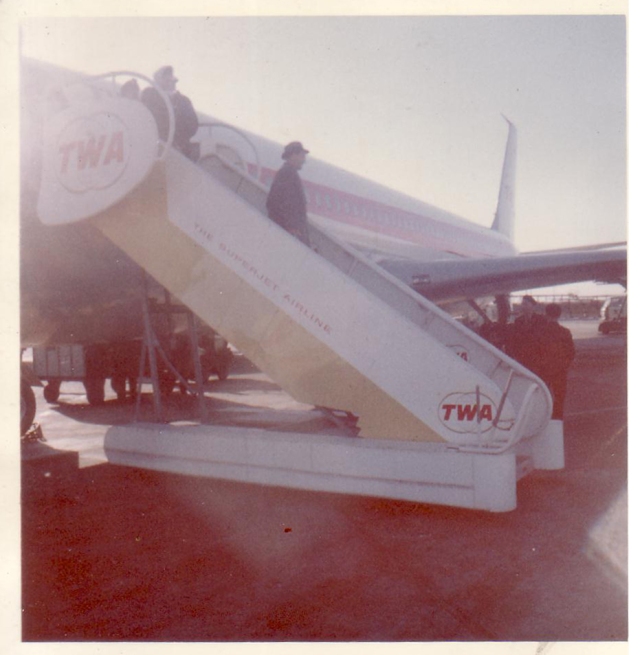 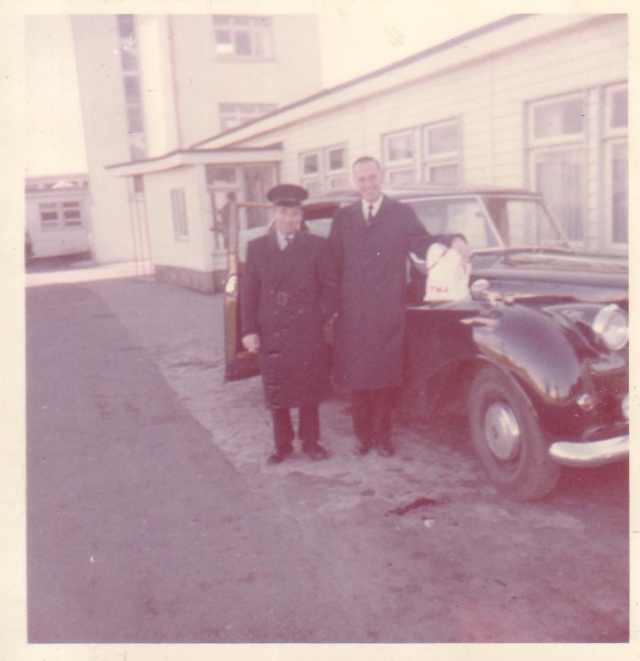 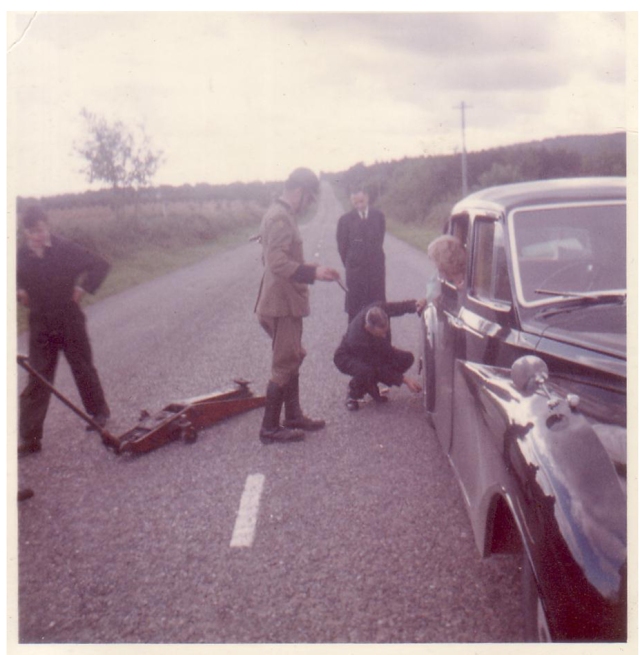 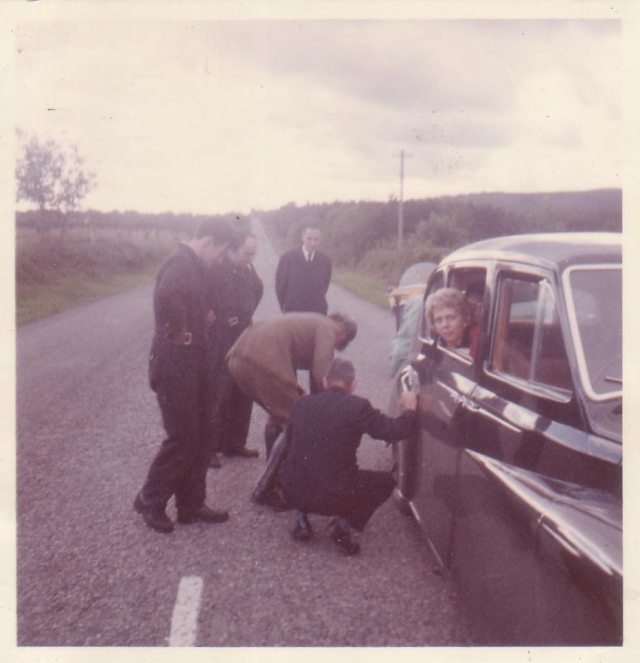 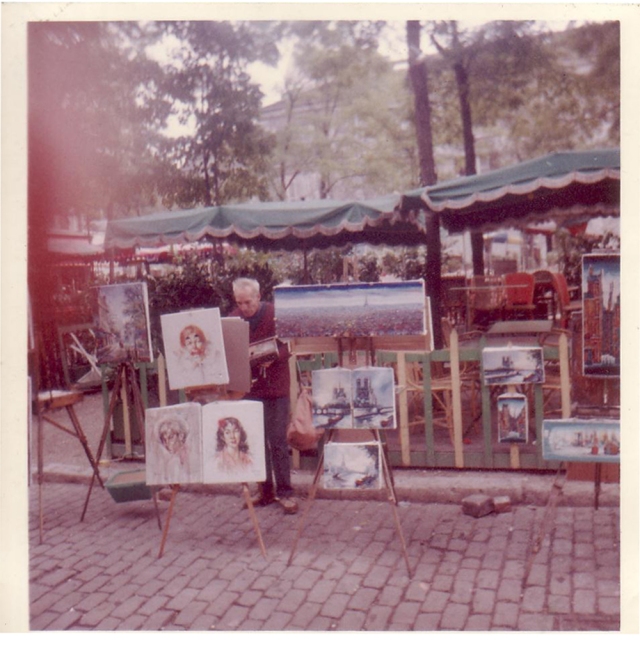 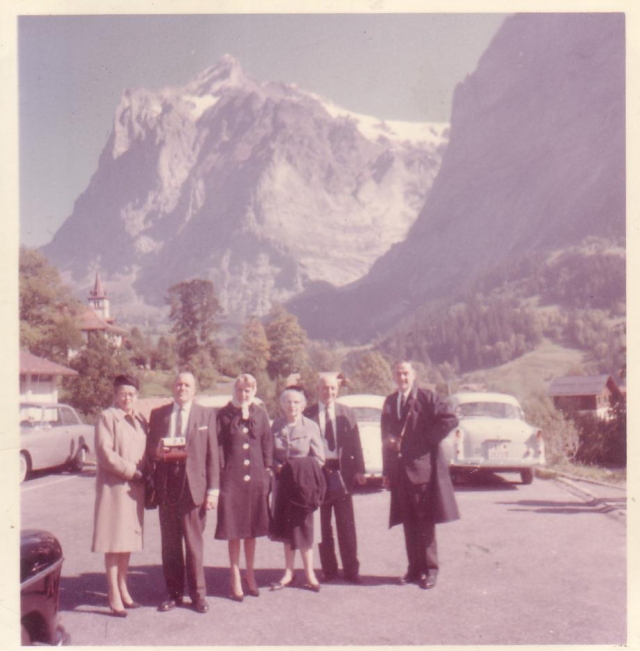 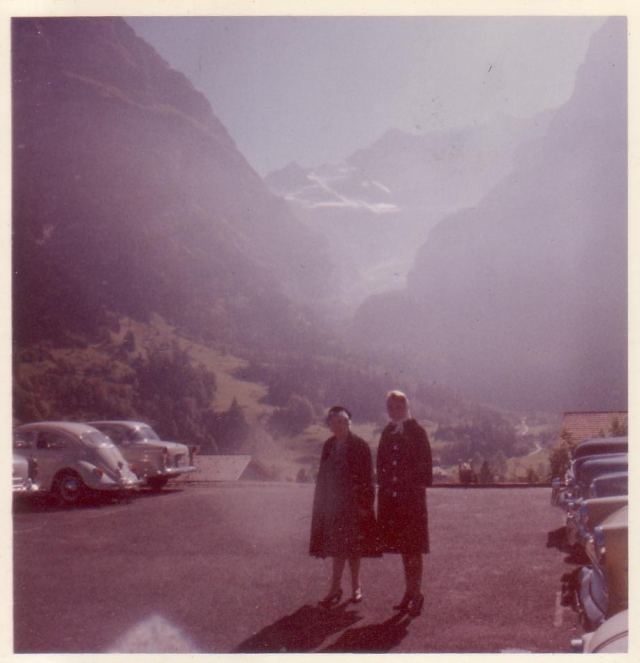 Mist over the perpetual ice 10.7.62 Switzerland Hazy & too much for the camera Rivers of ice on the mountains in the background 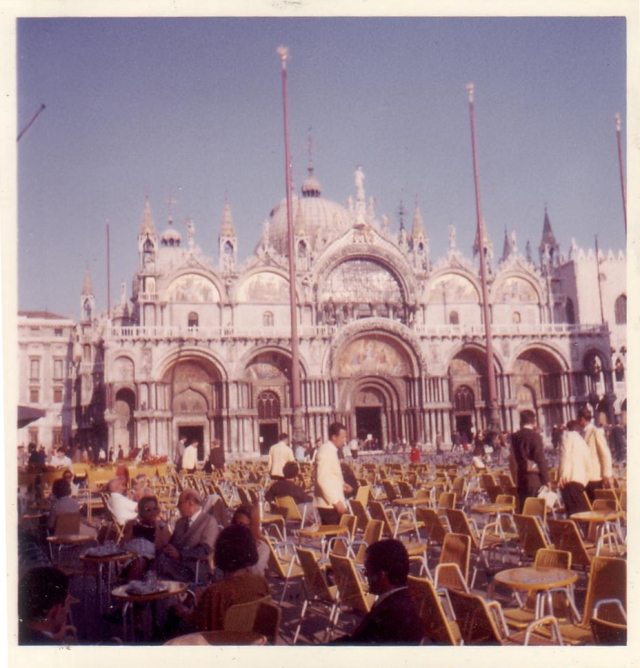 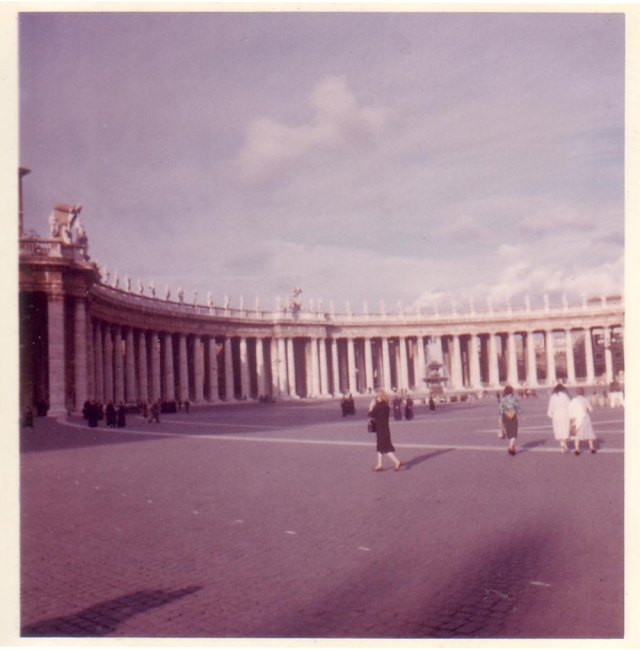 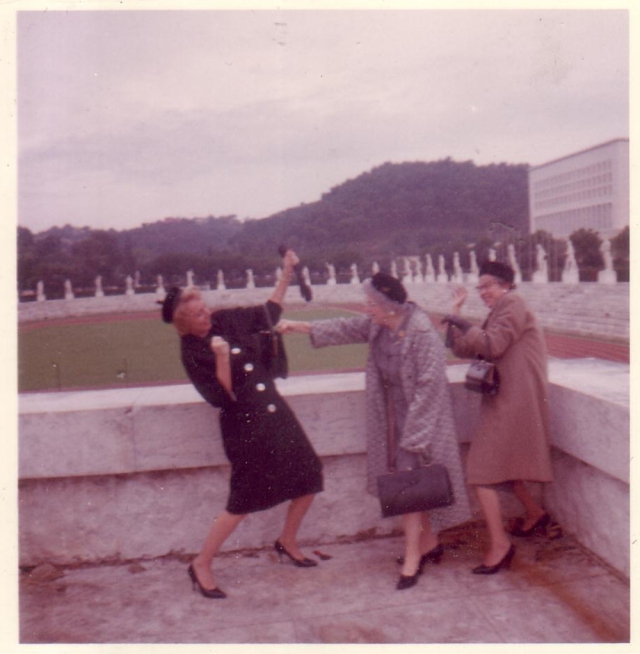 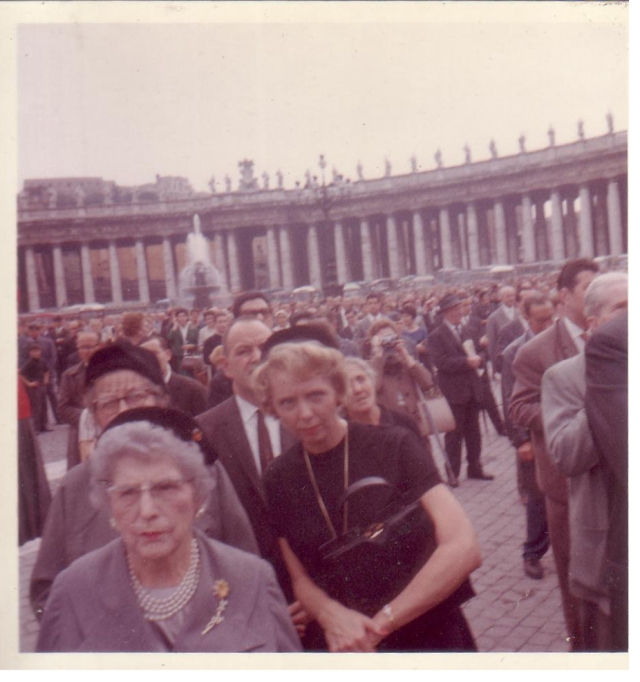 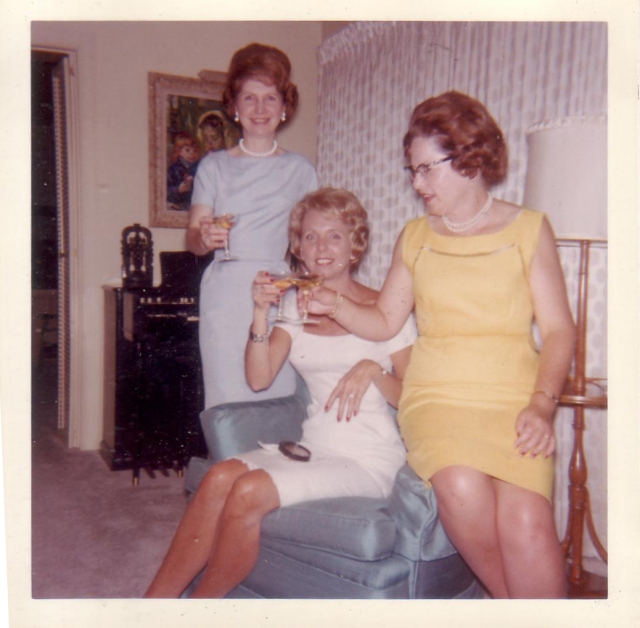 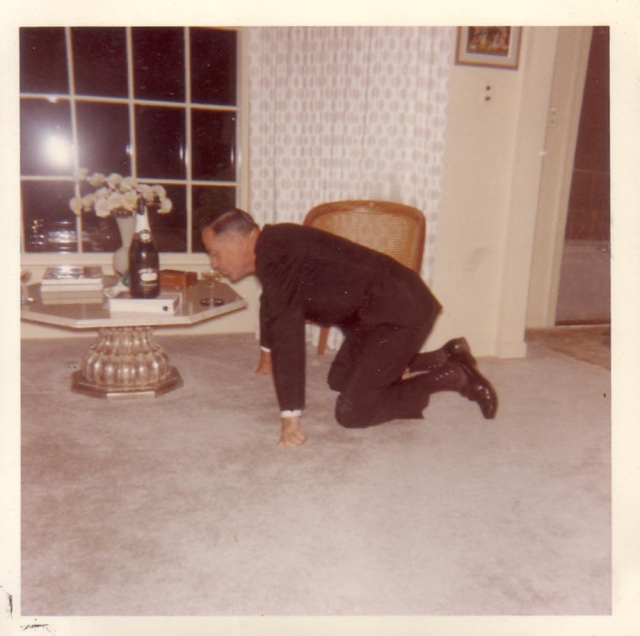 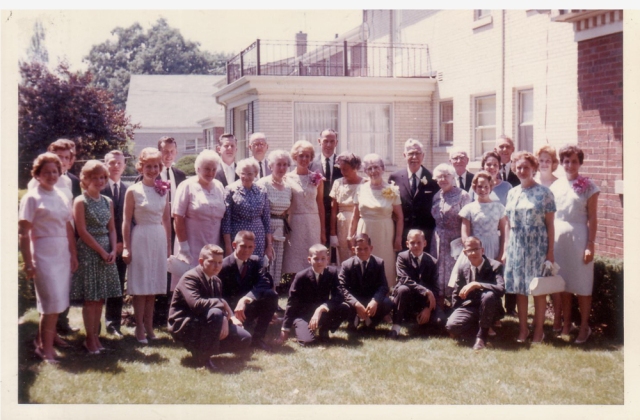