Bonfires in the darkness

So finally album Good Fortune, Bad Weather has been sent off the printers I’m getting there nearly fearfully tearfully hopefully…Thank you again to David Baron producer, writer, mentor and above all my friend.

Anon Photograph of Man in village from Portobello Market October 2011

There are fourteen tracks a mix between the more produced analogue upbeat tracks with the more raw simple songs of ‘Everyman’.  I am also thrilled that Casio have given me their new keyboard the Casio Privia PX-3 to test out and play.  It is wonderful to get their support finally after all this time.  I truly believe once I have actually started playing it, I will have a new friend.  It’s been a while since I played and I am worried I’m out of practice and getting rusty.  I have been doing vocals but just not my whole set up.  One of the reasons for this is that my room is quite small and it’s quite a feat when everything is out to actually move around and I have so many wires it’s like Medussa’s hair.

Out of the recent performers I have seen it was wonderful to see Gail Ann Dorsey and Craig Ross playing with Lenny Kravitz.  Gail is probably the best bass player I have EVER seen.  She has played with everyone from David Bowie to Bryan Ferry to Ani DiFranco.  It is so innate her playing and so much to do with the feel, it goes beyond technical ability which of course she has.  It was so locked in the bass, the drums, the brass, I mean it was seeing a superstar.  He did an amazing show and his musicians were astounding. Craig co-wrote a couple songs on ‘Everyman’ with us. 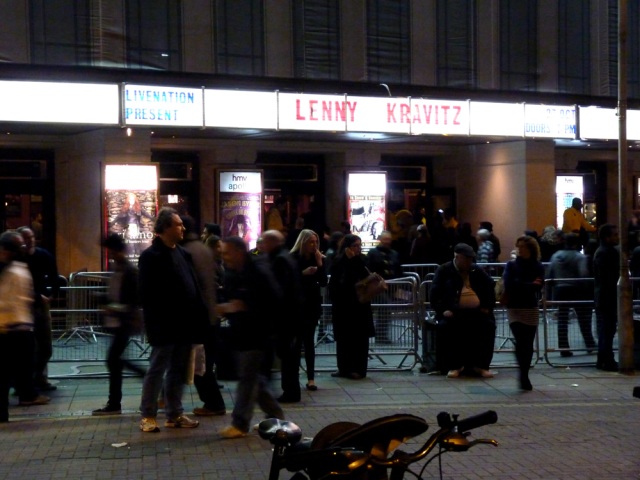 PJ Harvey was also phenomenal in a completely different way and Thomas Dolby was intriguing.  I was right at the front and here is my favourite track of his.  I wanted to be at the front so I could get some technical tips and I certainly want to try and get my hands on a Kaoss pad which Mike used to play.

I also saw a band called Deaf School down at the club I go to from Liverpool and spoke to one of the band who wrote ‘Stuck In The Middle With You’ by Stealers Wheels that featured in Tarentino’s Pulp Fiction.  They had some fantastic songs.

Amongst the other strange and wonderful things I have been doing is I went to a huge show with watches worth thousands and thousands of pounds full of euro bling and Russians.  We sipped champagne and marveled at the workmanship in these incredible things, counting the minutes and watching literally time tick tock tick tock tick. Expensive looking women wore diamond serpents round their wrists and huge watches with 27 time zones reflected on the face.  So complicated I couldn’t tell the time. 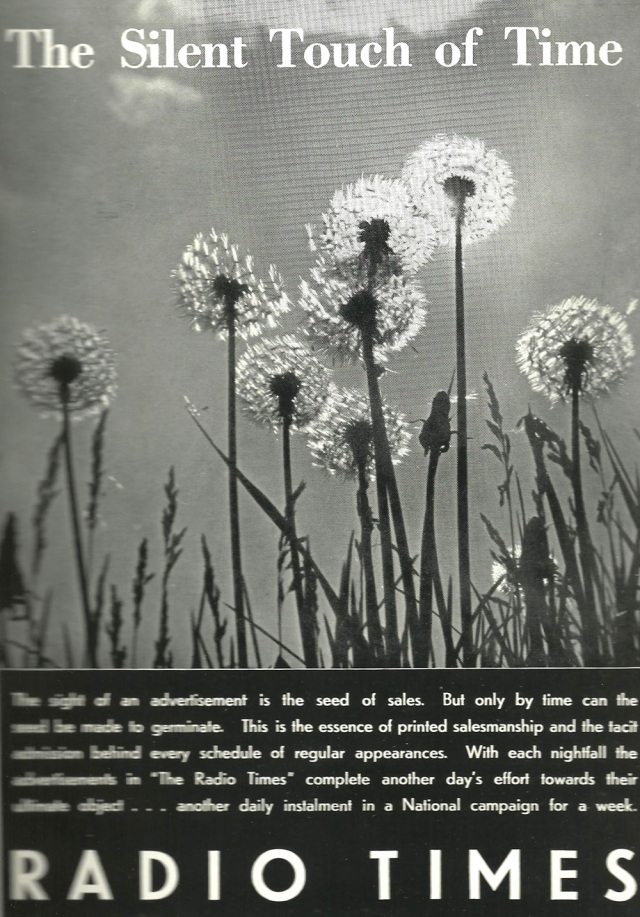 I also went to see a boxing match ‘The Real Fight Club’ at Kensington Town Hall which was inspired really by Stanley Kubrick’s first film ‘The Killing’ which Michael Seymour had lent me.  All these guys with quite straight office jobs compete in amateur boxing matches that last about ten minutes each. It’s pretty exciting and not violent like I thought.  It was more like dancing.  I didn’t see any blood.

I also went to Cecil Court to deliver a postcard I had in my possession dated in the 60s.  I finally found the said premises was open, an antiquarian map dealer,  Tim Bryars who was thrilled with my find and is in fact, in charge of the Cecil Court website and history preservation stuff.  He told me some history, that this was where you could buy films later.  Anything to do with film was to be found in Cecil Court.  What a genius Mozart was who lived above 9 Cecil Court, to have written his first symphony at 8 years old!! And poor Mozart lived in over thirty seven places in his small but brilliant life. All useful facts I have learned from the TV!

I’ve been collecting more useless ephemera and I have to stop because too much stuff around me is distressing especially when I can’t find anything or when they collapse on me like the other day. However nothing compares to Tomoko Takahashi‘s art which is literally made out of rubbish.  I went to this phenomenal exhibition and got my hands on a snakes and ladders board.  Very useful.  She gave everything away.

It is hard enough working for four different people, keeping track of things that I end up with at home.  Here are some more images from my junk.  I rather like these cards that should be stuck into a sticker book.  I carefully put them in some kind of order but they are, in fact cards. 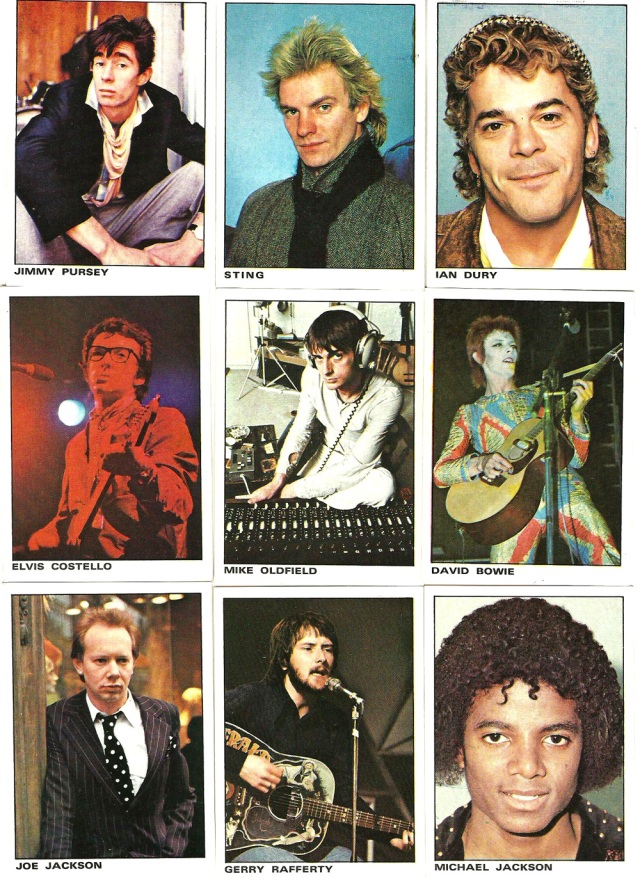 I loved it when pop was all a bit more colourful and punky.  Now nowone can afford to go to art school cause its so expensive.  It’s criminal what’s happening. 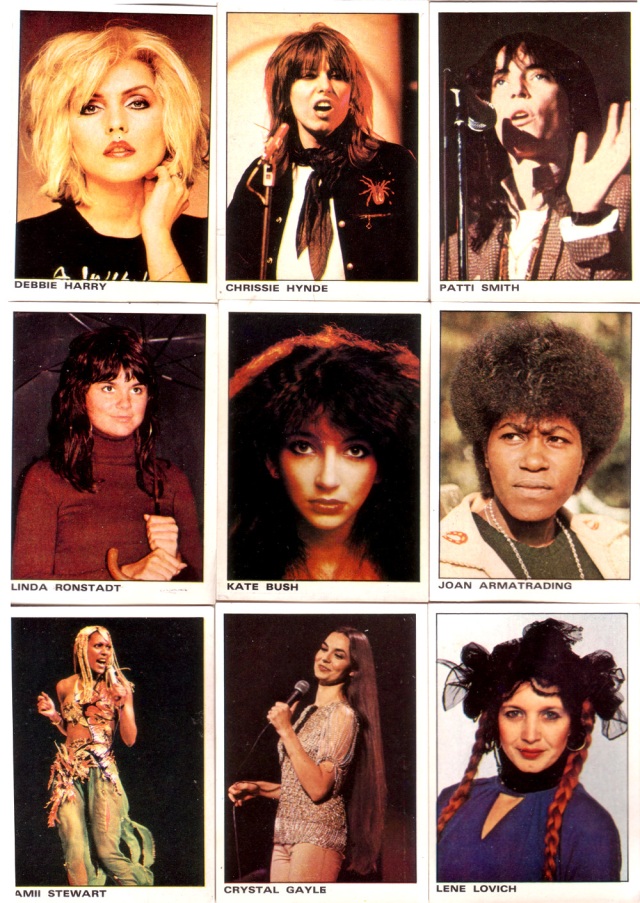 I’m reading again, listening to story tapes trying to educate myself in my hazy lazy kind of way, keeping the wind out of my hair and trying to get it to stick over my eyes like it was straight and cool cause I like to hide, and looking forward to doing a video this Sunday with a fantastic film maker which I shall report on very soon.

I am wondering whether Lou Reed at 70 maybe going deaf which is why he wants to play REALLY LOUD with Metallica.  It’s not a criticism I kind of like it.  It’s called Lulu. I guess I’m glad he hasn’t been tamed by old age.  I have to say David Lynch’s new song ‘Crazy Clown Time’ I heard is far out!  His voice is odd. Strangely hypnotic! Maybe it’s the dawn of a new age.

And what about Europe what’s going to happen who know.  I keep watching Hard Talk late at night on BBC News channel 80 trying to make sense of it all.  It’s quite something to go to sleep to.  All I know is that I cannot use my telephone to make any calls to big companies because it is not TOUCH TONE. 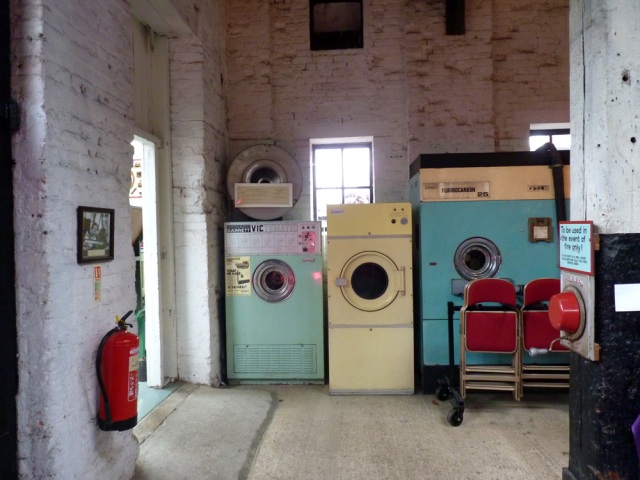 And some inspiring dishes for Autumn.. 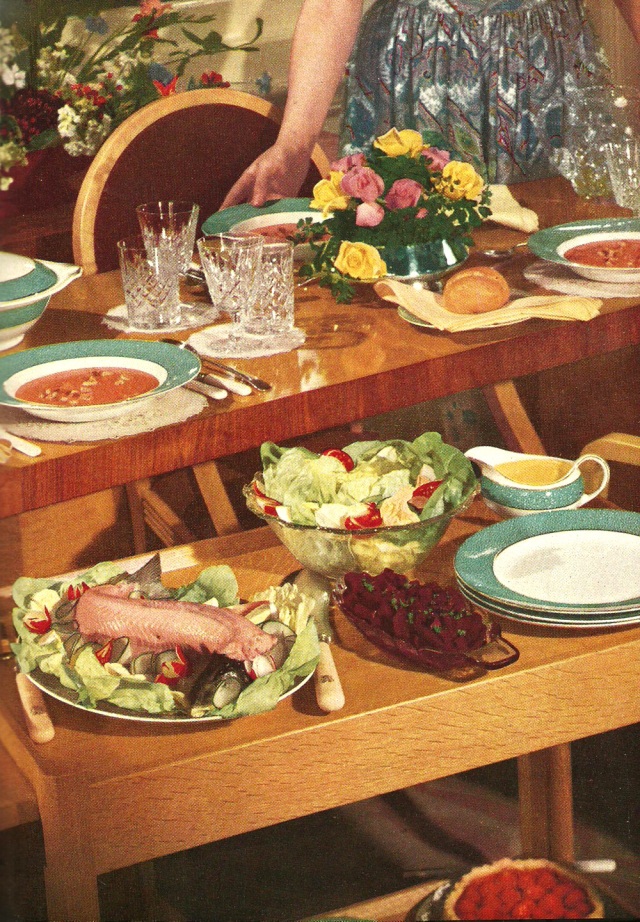 And I love this! 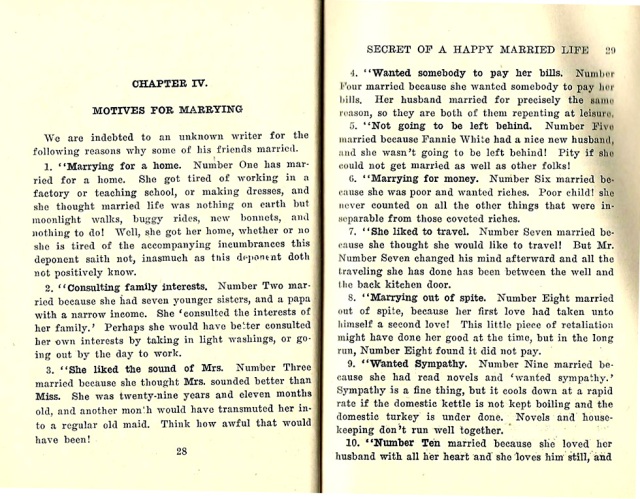 Motives For Marrying from The Secret of a Happy Married Life by Mrs Julia A Shelhamer from God's Bible School and Revivalist Cincinnati, Ohio Eight Edition 50,000 (date unknown)

Right signing off for now!  More news soon.  I don’t blog that often because it takes hours scanning stuff in.  It is all hand done and a bit obscure.  It’s now 3.30am in the morning …