Posted on October 9, 2011 by lettiemusic

So the photographer turned out to be a criminal.  To think that I spent an afternoon with someone who had slashed his neighbour’s tyres through anger, and was a known and convicted con man, someone who the police had known about and had been evicted possibly on the very same day that he took my cash. 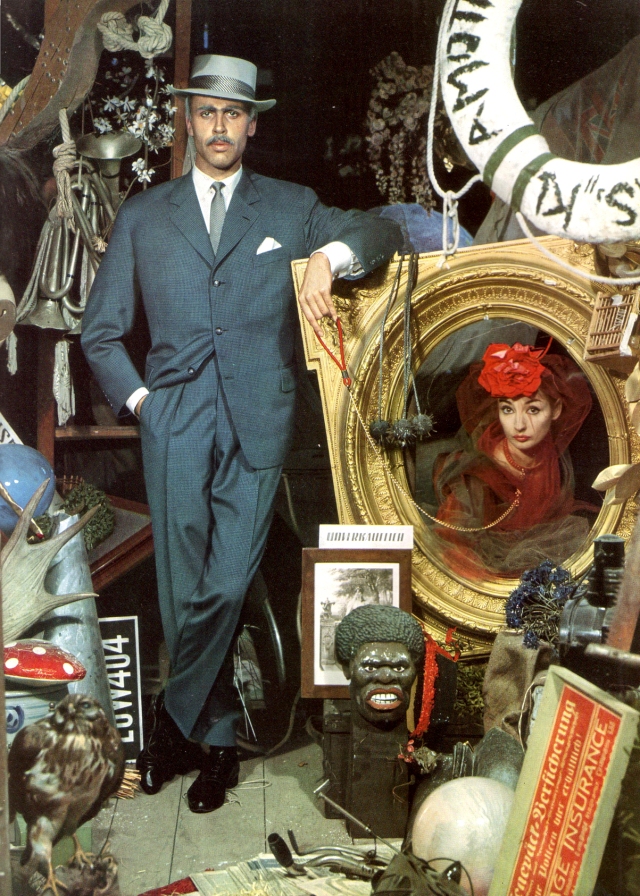 Despite my numerous reports to the police about the matter it wasn’t until my fifth or so phone call that I even had a reference.

All the money I make from my jobs goes into music.  I am not complaining but when someone takes money off you and you count those hours, it is very depressing. My brother and I went to confront him at his address around the corner but he had already run.  To be honest we had no idea what to do if he was in.  Anyway, I hope he rots in the Slough of Despond!

One good thing has come out of it through kind friends, I have managed to get my cover shot done by Michael Seymour who in his brilliant career, not only won an Oscar for Art Direction for Alien, but is also a fantastic photographer, the pictures of Julie Christie, Terence Stamp and Michael Caine in the 60s you may have seen.  I am so honoured that he would do this for me, for nothing, I have let it go.  A thank you to Alexis at London Taxidermy for loaning two beautiful starlings.  If you ever need a stuffed animal he has the most beautiful collection I have seen.

David Baron is mastering the album on Monday and we wrote the 14th track two weeks ago. I was worried at just thirty seven minutes it was a bit short and as I am very superstitious so we passed ‘13’ which is great. Also the track means the whole thing has a feeling of being done all last week which of course, has been a process that began in November 2010.  I am really pleased with the song and it has a lot of energy.

The thank yous are endless and I will go into it more next time but above all David Baron‘s faith in me has been the most important thing that has ever happened to me and without that, I would not be here.  I also want to thank Brian Kavanagh who created my website and all my photographs so far and I know he could have done more photographs but we will do more eventually.  He is an academic, musician, photographer, website creator, advisor and a brilliant person all round.  Unusual in this day and age.

I am very proud of the album and I am going to be printing a run and selling them like I did last time myself with a collection of my postcards enclosed.  Some of my postcards are worth quite a lot so perhaps they will be of interest if the value of music is so cheap.  I do have a bit more of a plan this time too, in trying to get it out there more.

I am now working nearly full time.  I won’t let go of the music but as you can imagine, it has become increasingly more difficult to perform however, I really hope to next year. Here is a trailer I made during the heatwave at Easter.  I was looking out at the sea and just had to run in.  It was so still and beautiful and not a sole in sight.

As it’s been a while since I posted I just remembered about my eating trip with my friend Petra who runs something called Eat.St.  At the Thames Festival this year we literally ate our way along the Thames as those involved with Eat.St were there and kindly kept giving us free food. It was such a great day and she is doing amazing things with street food. 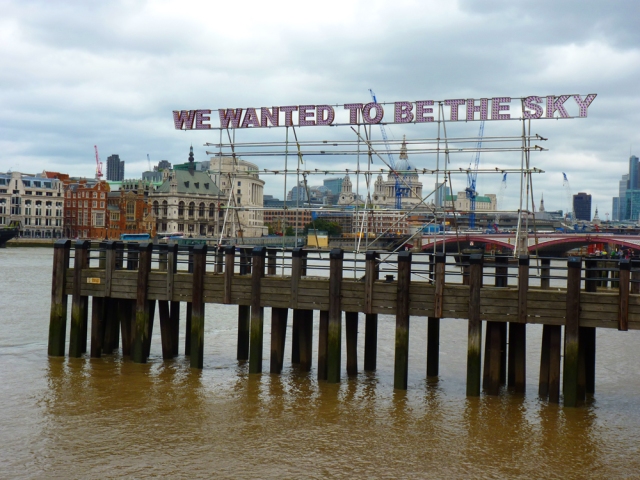 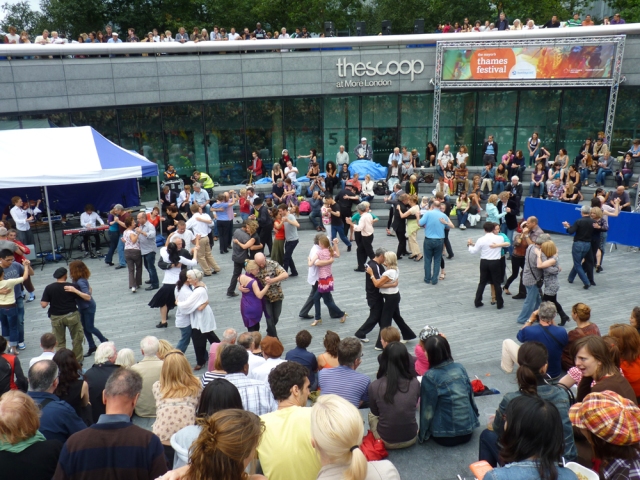 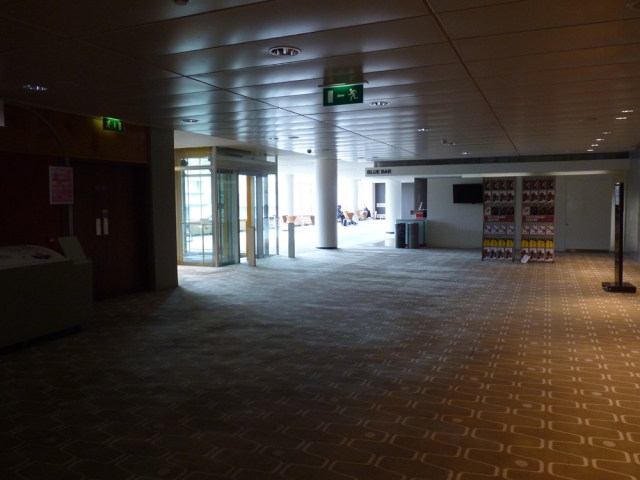 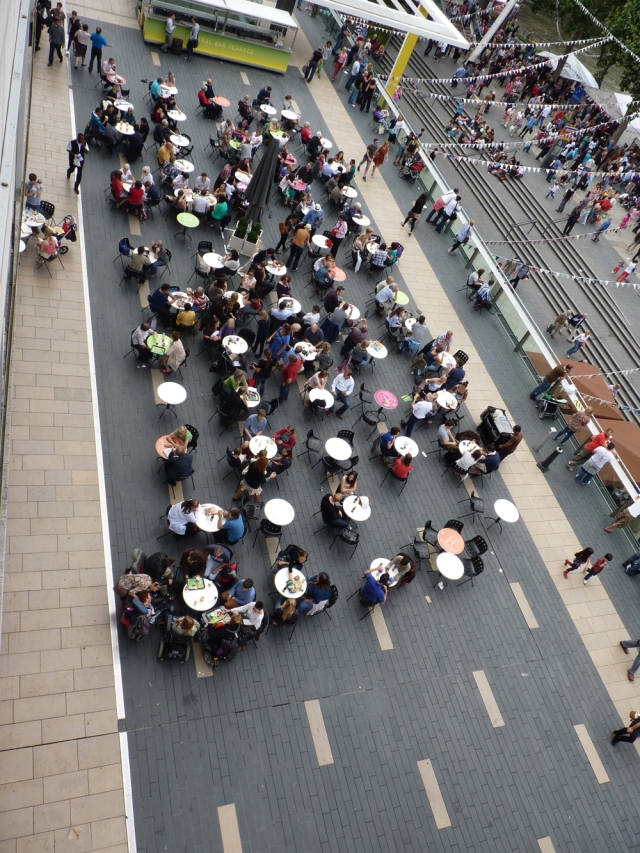 I have seen some great music lately including my friend Erin Lang at the Slaughtered Lamb performing some fantastic new material.

Erin Lang and the Foundlings 14 September 2011

I can’t wait to see her again next year.  I also saw Crystal Fighters at the Shepherds Bush Empire, with Louise Dodds and, despite selling out, still have to pack away their own gear and still do not have a roadie! So off Andrea went to put his drums in the car for the next part of their hectic touring schedule. 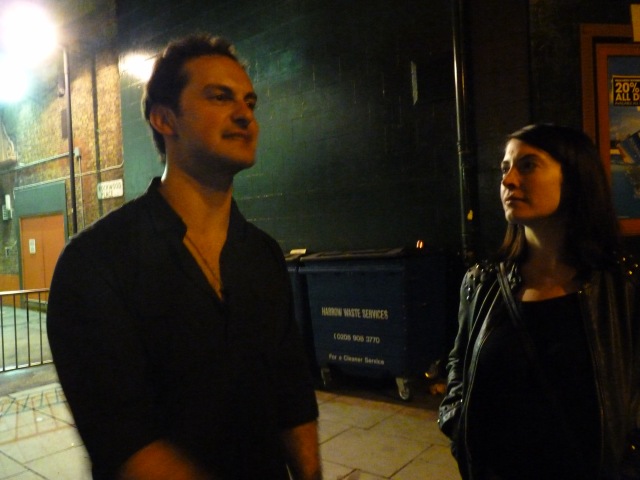 I am looking forward to seeing Peter Murphy, PJ Harvey and Lenny Kravitz in the next few weeks.