It’s all about Johnny

In the film, I play the ghost of Johnny’s dead girlfriend who died a year ago.  The dress which I found on Ebay is quite something!

I will never forget this.  The album ‘This Time It’s Personal‘ is a timeless masterpiece.  A covers album of songs we may know but perhaps may have not heard for years.  Who knew Dr John had such a rich and beautiful baritone voice on top of being one of England’s best loved bards.  I was a huge fan of Snap, Crackle & Bop (1980) but on this excellent album he doesn’t sing. Obviously Hugh Cornwell knew he had a voice !  What a collaboration!  I can’t wait to see the live shows.    Of course Hugh Cornwell’s legendary songwriting talents, musicianship and voice are not such a secret. 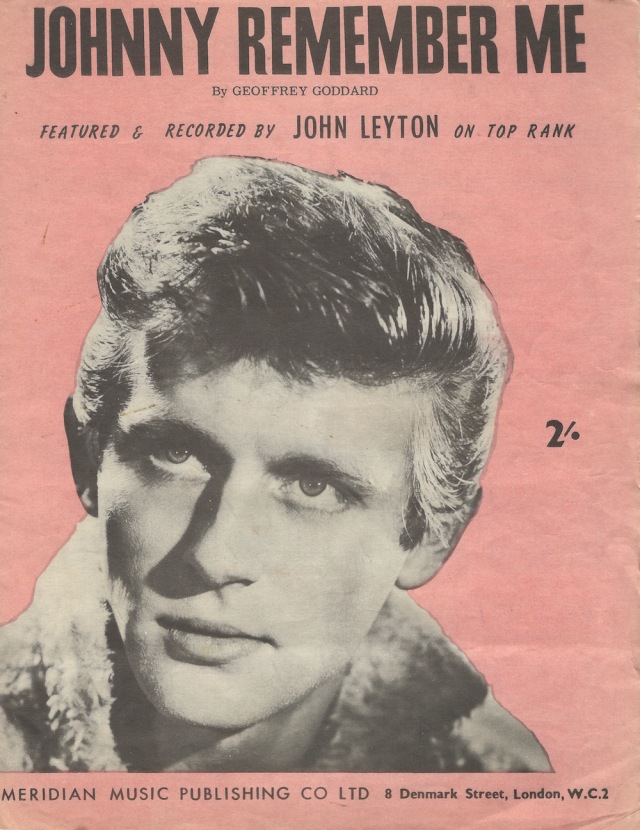 But as is my obsession to dig a little deeper into the past I bought a little ephemera relating to the original artist John Leyton.  Joe Meek the legendary producer got his girlfriend a classically trained singer Lissa Gray to sing the original backing vocals in the shower. Despite the song being under censorship for being a death ballad it reached No 1 and stayed there for 6 weeks.  The best article written on the song was in the Financial Times some months ago.  To read it click here:

The song has a dark story to it.

John Leyton who still lives in Essex is not only a very successful musician but also an accomplished actor and one of the very few survivors in the film The Great Escape (1963).

It’s a great album and I personally think the perfect present for all at Christmas!  Which is why I have bought several copies.

I will post again this October but I wanted to keep to the point ..This time it’s important!