Posted on December 8, 2019 by lettiemusic

On December 20 I will be releasing a new song ‘Bright Lights’ on the label Hear & Now Recordings who are putting out the next series of songs to make up an album next year.  I’m so grateful for David Baron and John Cunningham who owns the label for what I hope might be a new chapter.  As I am still very largely in the dark about the Spotify revolution and the way music is consumed it’s helping me enormously to see finally that music can be created on a song by song basis and released in this way.   Like many others, most artists have either other projects or a day job so it’s very difficult to be able to release things in the old fashioned way.  I hope anyone who has found my music will see that it’s really a continuation on from the work I have done with David Baron which began in 2005.  I owe him everything.

I will be celebrating this new release at The Roughler Club upstairs at The Italian Job, 45 All Saints Road, London W11 1HE on Friday 13 December 8pm onwards.  And rather than playing a long set I will do 10 minutes along with number of other exciting performers as well as the compere extraordinaire Ray Roughler Jones.  Entry is only £5 and it’s nights like these that remind me of the old days in London when I used to gig at such places like the Kashmir Club long since gone (where Rolan Bolan gratefully lent his tambourine skills to my set).  I will not attempt to play the keyboard with my big toe this time (thankfully Gina from The Raincoats admired my attempt) but I will play the tambourine with my foot since I’m sure Rolan is otherwise engaged.

I have been doing less of my blog lately probably because it’s so time consuming and possibly expensive (!) because I spend far too much time trying to find original material to scan! But I am really becoming a regular at the Ephemera Fairs in London and love talking to the dealers about rare books and other such things.  I guess because I studied history I am interested.

Anyway, it’s my Birthday tomorrow and it’s getting late but I just wanted to say my new found love is the circus and whenever it’s in town I’m there!

It was before I started listening to Eartha Kitt’s The Day That the Circus Left Town but there’s something so Fellini and dreamlike about it; a microcosm and universal.  I went to a wonderful one in Parsons Green barely anyone there except Bertram Mills Grandson!  It was fantastic and I got this poster framed.  It was Zippo’s Circus and what a treat it was too!  Earlier in the year I went to the Clown Church to celebrate the yearly service there they hold for Grimaldi.

One of my favourite acts at Zippo’s was the budgie act performed by Norman Barrett.  They were so well trained!  It was quite hard to see but their pale blue, pick and yellow colours of their wings were beautiful.  They slid down a slide individually then flew perfectly coordinated and in file back to their perch.  Extraordinary!  Animals have largely been banned from all circuses which is quite right and I am therefore refraining from posting from my ephemera collection any of these black panther acts, Artic Polar Bears and even cricketing elephants as it says on the poster ‘trying to win back the ashes’ which is enough to make you cry.

My highlight of Circus Fantasia were the two Italian clowns.  They also doubled up as the orchestra but all the acts were amazing.  We also enjoyed the man being shot out of a canon not quite as big as the one below! 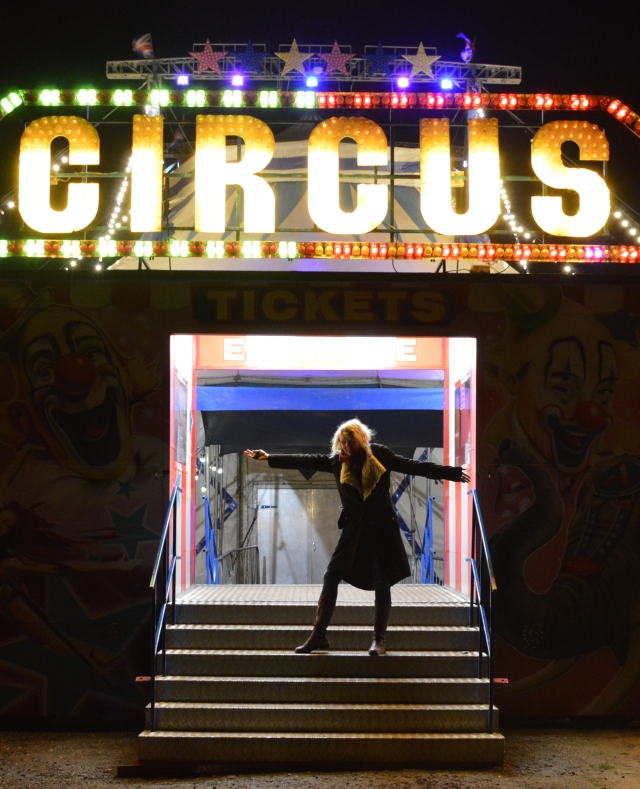 So here are my favourites from the tiny programmes of Bertram Mills Circus Grand Hall Olympia December 17 1948- February 3 1949 (that I have scanned at a high resolution).  That’s a long run which goes to show how popular they were once. 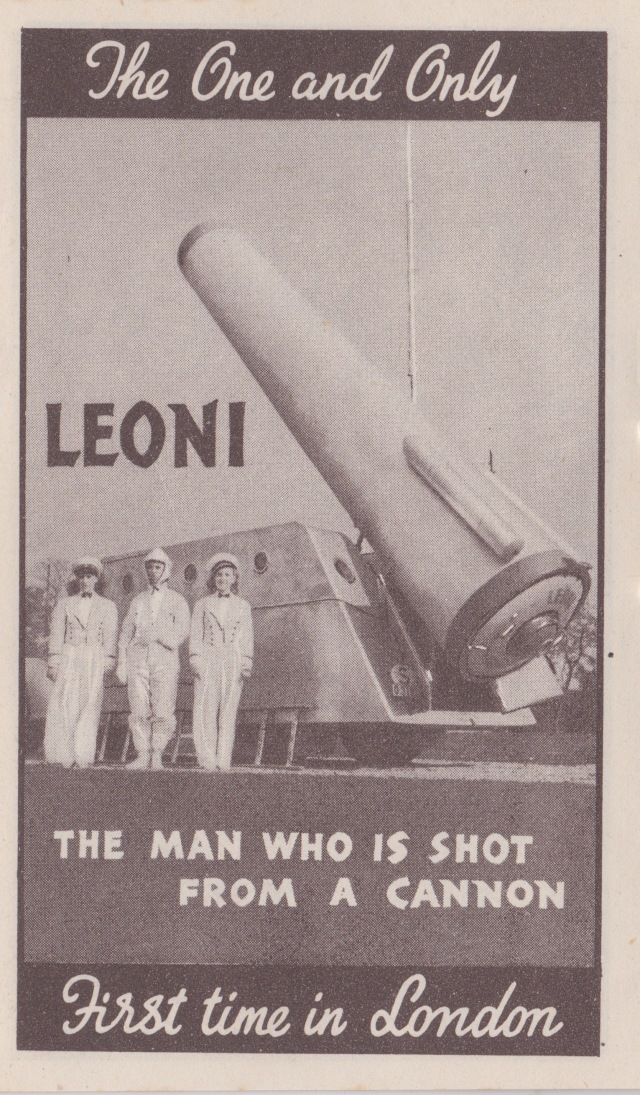 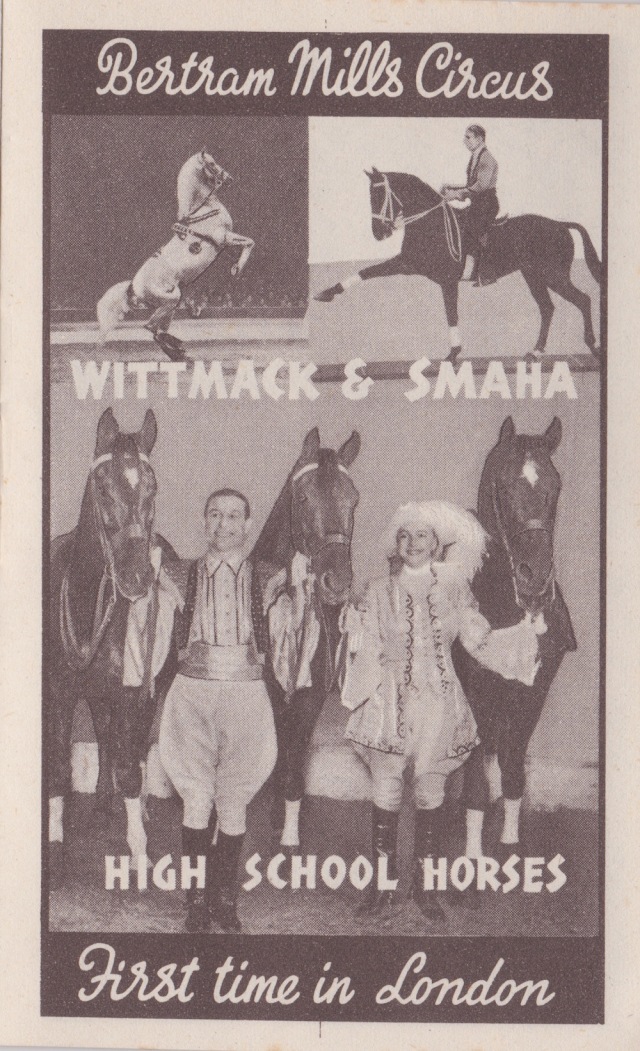 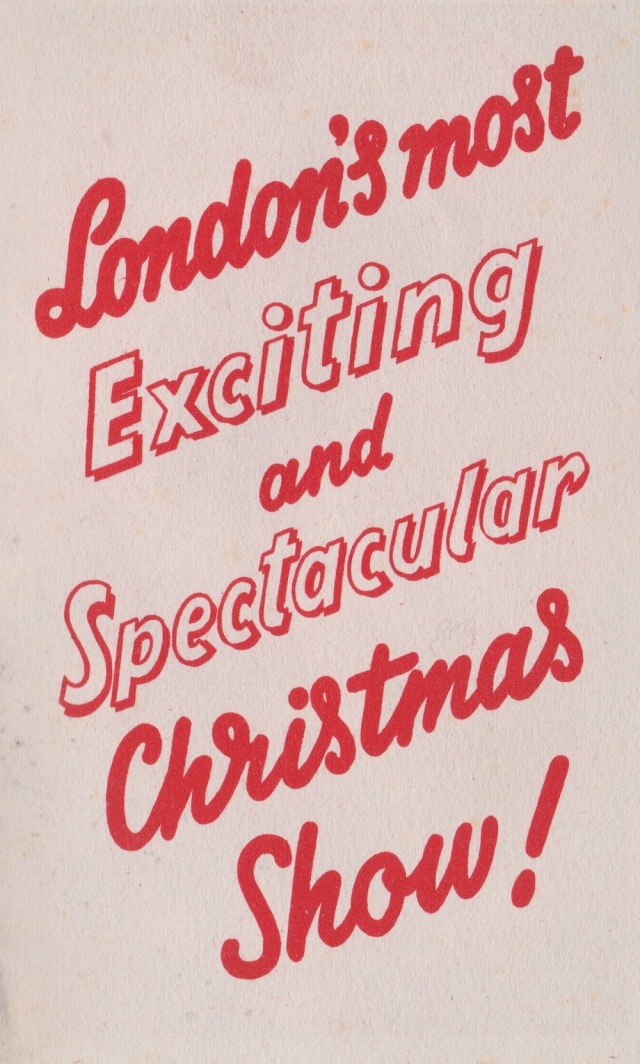 And this one from January 28 (no year) the Gigantic Continental Circus at Aston Hippodrome Birmingham long since gone. 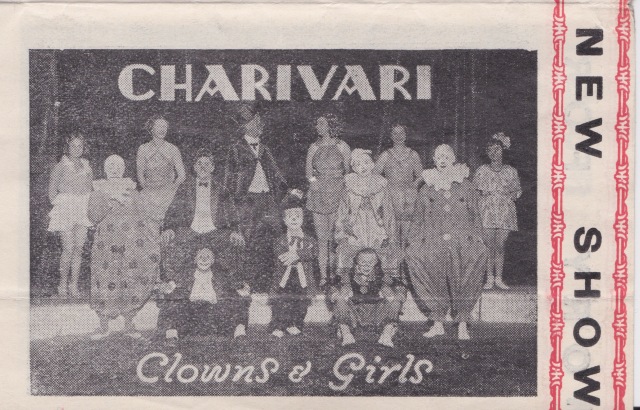 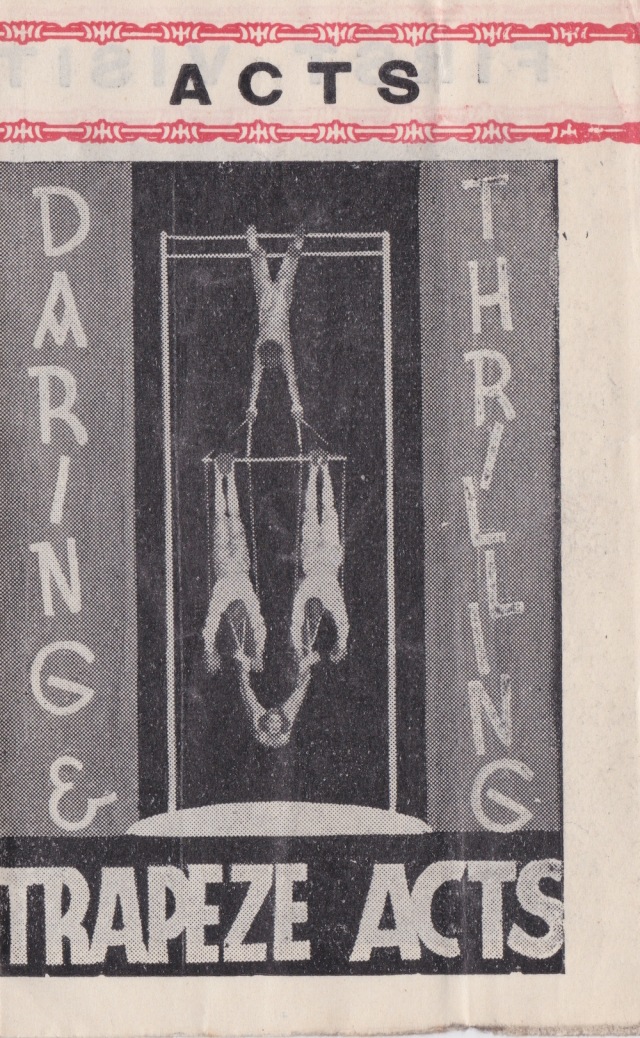 And this from Chipperfields Circus 1970……

December is the feeling of what is to come and anticipation.  As my boss says Advent is about Metanoia.

These are just a few things I found last weekend… December issues of the Picturegoer that I haven’t seen before because I love Hollywood vintage glamour and adore films. 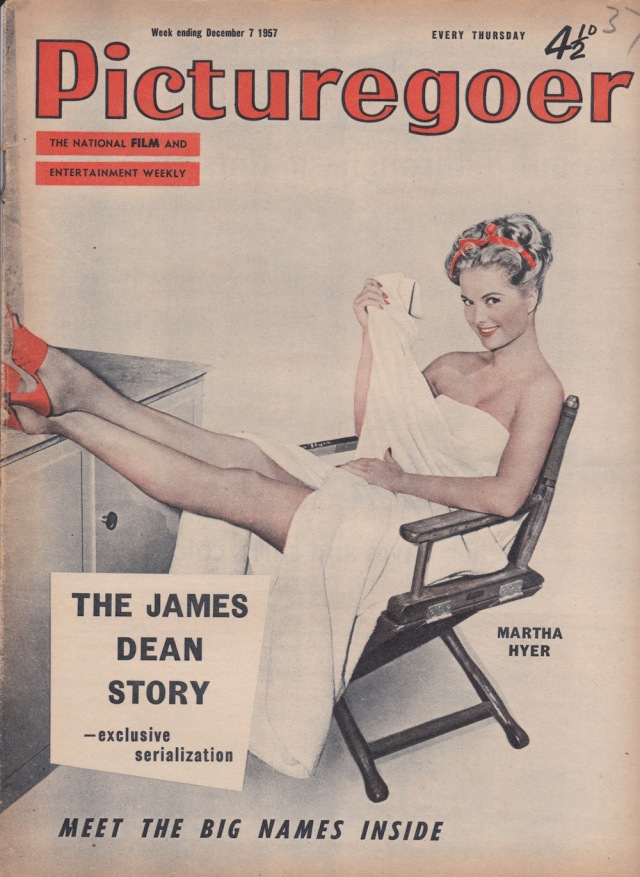 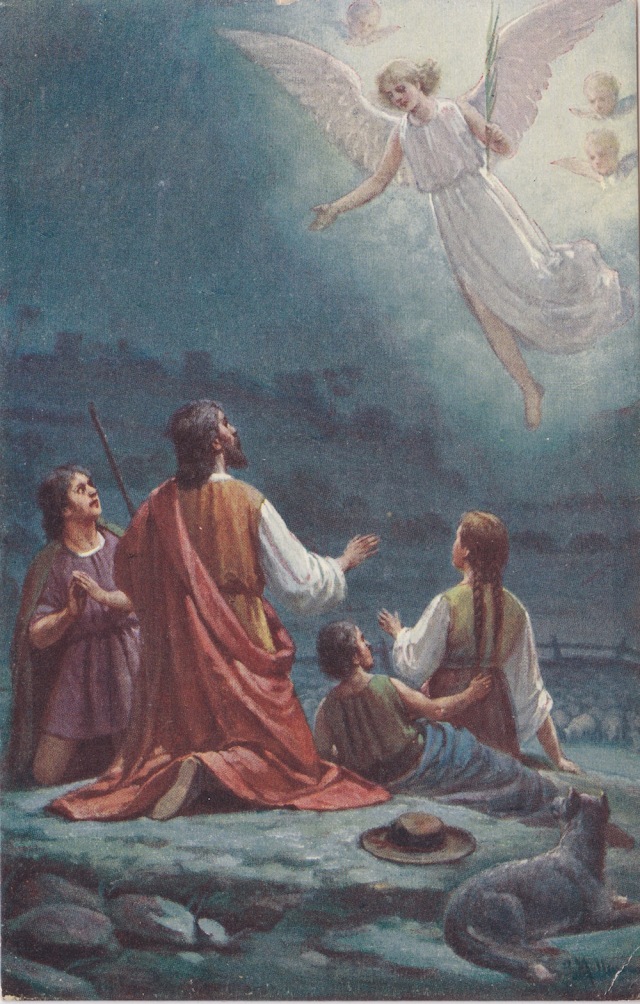 BB London Series no 546 printed in Germany unmarked and undated 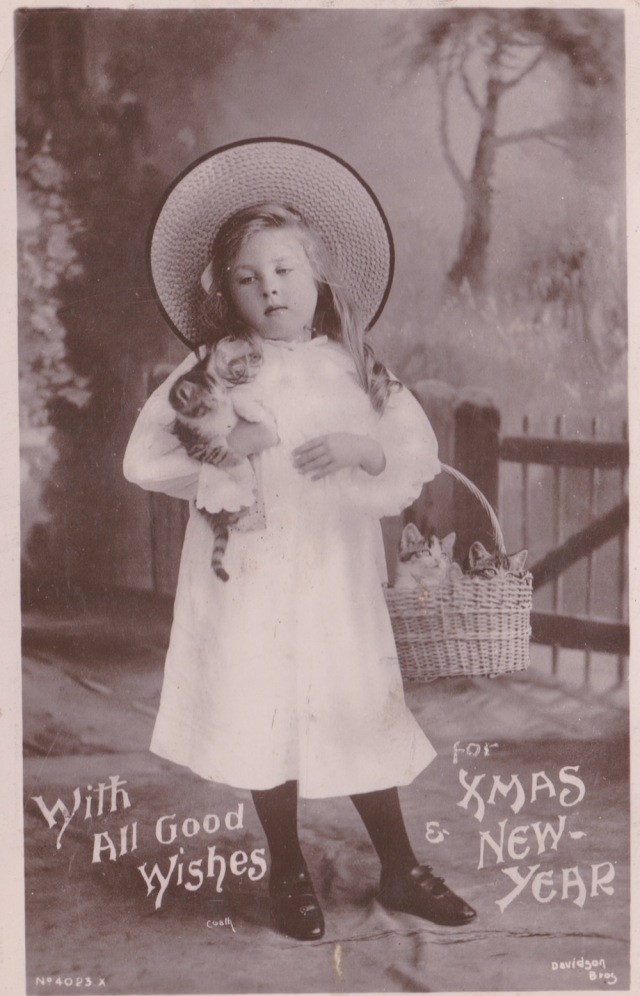 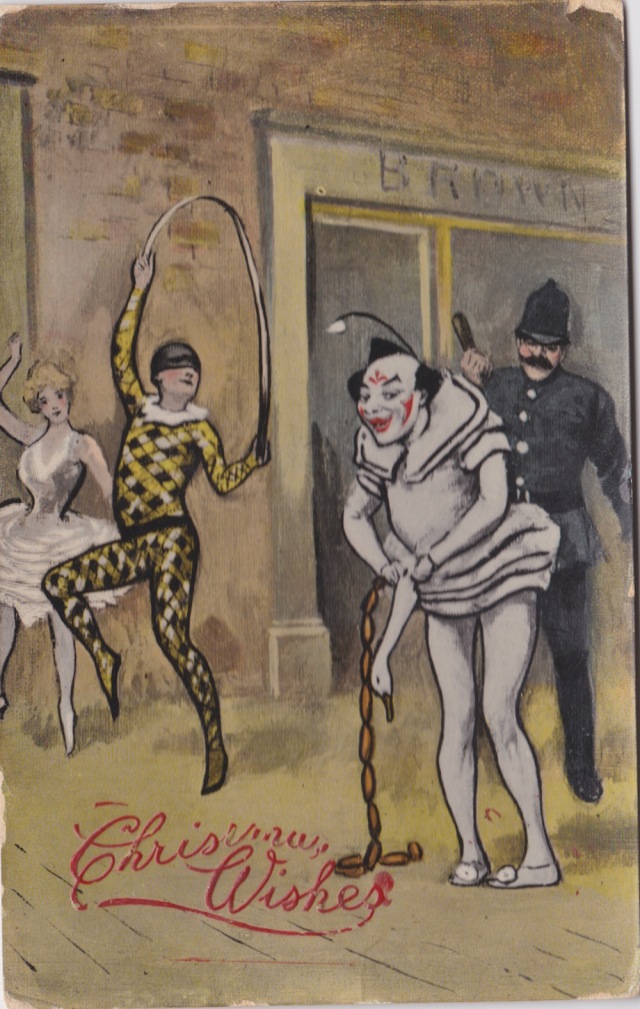 Valentine’s Series ‘A merry Christmas and a happy new year to you from Auntie to Mr Foster in Surrey (a bit strange this one!)

So wishing you a very Happy Cbristmas, New Year and New Decade….. 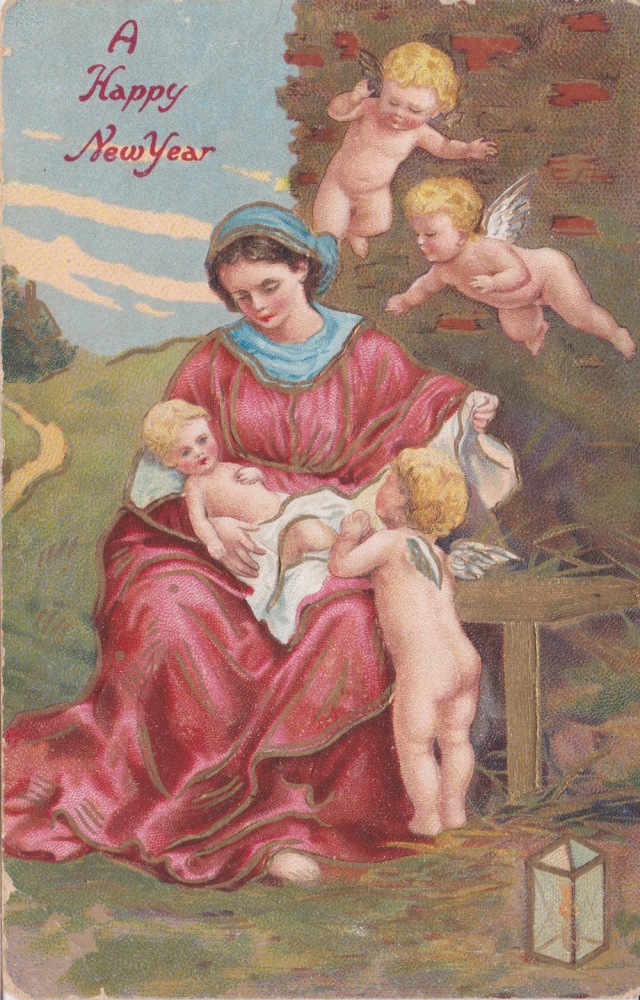 Lettie in Suffolk with her Andrew Logan earrings December 2019 which took her over a year to decide to buy!

Carte Postale made in Germany ‘I hope you are all well’

1 Response to ‘Bright Lights’ last song of the decade