Augustus the eighth and strangest month

It’s been a while since I wrote.  Too long perhaps.  This is my memory after all and my recording down of my encounters, experience and findings; a musical puzzle, an unsolvable maze (did you know if you put your right hand and continue to brush it along the inside hedge of Hampton Court Maze you will reach the middle) made up of intricate and sensitive electrodes that create a language that has been the journey of a life time to try to comprehend.  The fact I have not been successful does not prevent me from trying.

In May I released a song I wrote with David Baron for his forthcoming album called People of No Concern featuring my 11 year old niece.  Thank you to Hear & Now Recordings for putting it out.  It’s on Spotify and made the playlist.

So much has happened since I moved in the spring. I said goodbye to a flat that was a place of mourning for me.  I tried my best with it.  I didn’t even leave a forwarding address.  I really look back on it as a bridge or intermission.  I planted the terrace.  I worked well in it.  I had very few people round but an incident involving the police and a violent domestic row upstairs resulted in my finally giving in my notice.  Whatever dramas were playing out upstairs I wasn’t going to stay for the ring side seat.  So I ran. It is still empty.  I went to visit it last weekend and took a bamboo plant that was still alive away in the car.  The little terrace is half dead.  I feel so sad about that. 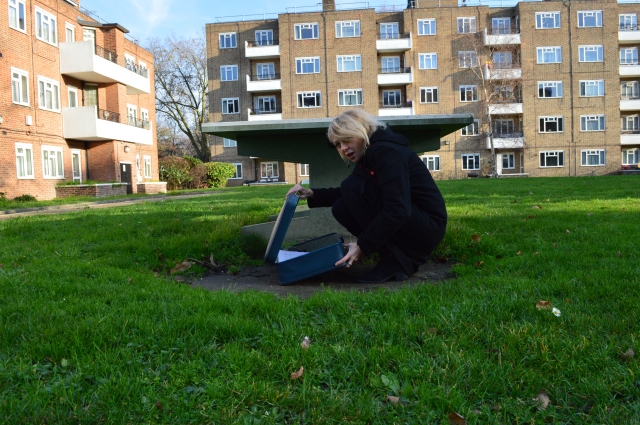 I found a new flat not far with a large garden and bought all my stuff from the local Red Cross Shop or the gumtree since it was unfurnished. I spend most of my time when I’m here sitting outside waiting for my beautiful sunflowers over 8ft high now and planted from seed (£1 for 10 seeds from Poundland) to come out.  I also walk to work.  I can’t believe the difference.  It feels the closest thing to home I have had in years.

Lettie waiting for her sunflowers August 2019

My gig supporting Sniff n the Tears showcased some new material which went down very well but it seems out of all the music I have written there’s only six ready to go.  So I must try and finish this album for Hear & Now Recordings before the year is out and in order to do that I’m looking into a slightly different approach.  So I went on the search last Friday for a new instrument- something acoustic; something unique and lo and behold I found a very rare Italian guitar which is the most beautiful thing I have ever owned (apart from the microphone of course that David has so kindly given me now).  I found it on the Gumtree.  It’s so rare I can’t find anything about it much at all except it is a Masetti 1960.

From Life Magazine Dec 22 1969 inside half page

So perhaps this will inspire me.  In the meantime I have actually been writing quite a bit of library music.  This still is my only stream of music income so I’m very keen to do more.   Some of the works I wrote with Anthony Phillips have been used by Danish Films, Sky One, Norwegian Films, ITV, Belgian Films.  I got 1p for 58 seconds on Spring Kitchen with Tom Kerridge on BBC! Something even got played on Love Island in Norway. I always said all I wanted was a song on a film.  I guess I have got what I wished for!

My trip to New Orleans was impossible to write about.  I saw and heard so many wonderful musicians, tasted so many new tastes, was overwhelmed by the spirit of the place, the humidity in the air, the appreciation for live music, lapping it up, the love for it which I had forgotten about, really loosing oneself in it with every kind playing on every corner.  I learnt much about New Orleans extraordinary history: Creole history, the  Haitians, the French, Spanish Louisiana, indigenous American Indians, the free black slaves a melting pot of different cultural influences.  Then there’s the post hurricane Katrina New Orleans still over 20 years later a feeling .. I just can’t seem to put into words.

I kept wishing I had made notes and chronicled the days but then again I wouldn’t have enjoyed the moment. My friend who lives there showed me secrets.  It was like a mysterious tour one which I didn’t want to reveal.  Some places are like that. I had the best 6 days and nights I have ever had.

Under the freeway New Orleans May 2019

Shoplifter of the Month New Orleans May 2019

Petra at the one the best places to eat in New Orleans if you like meat! 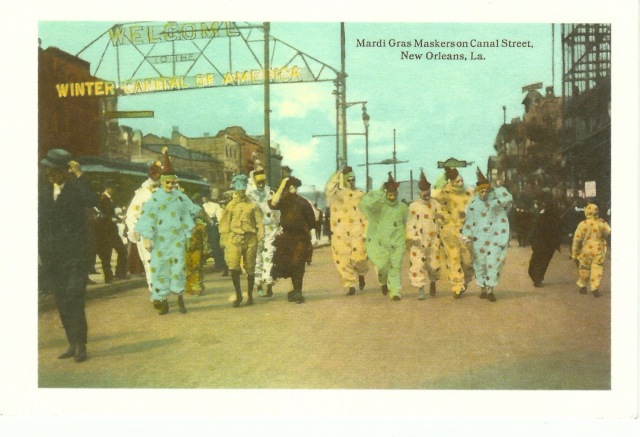 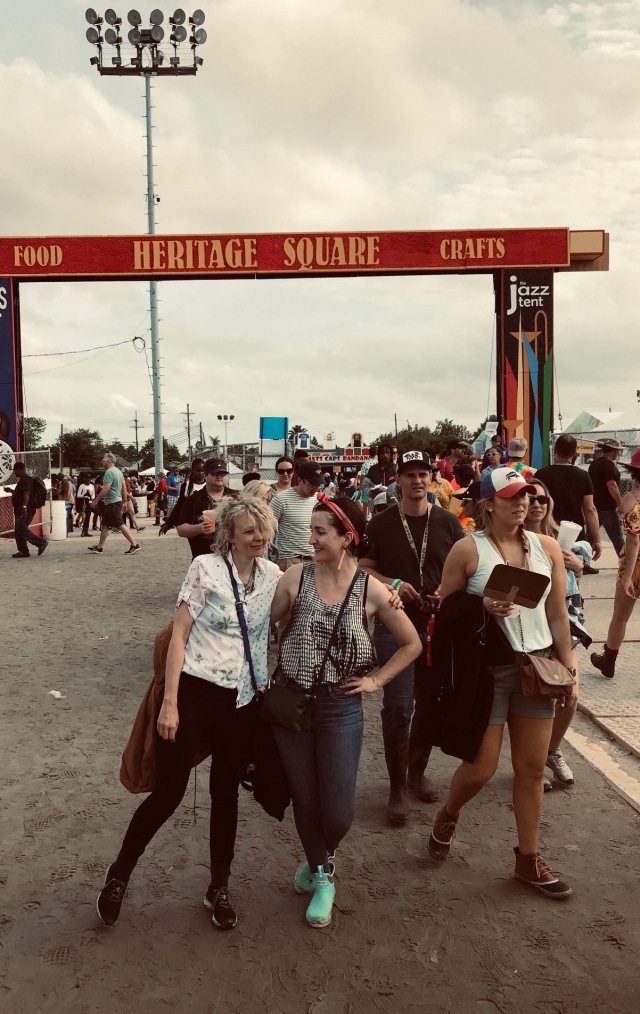 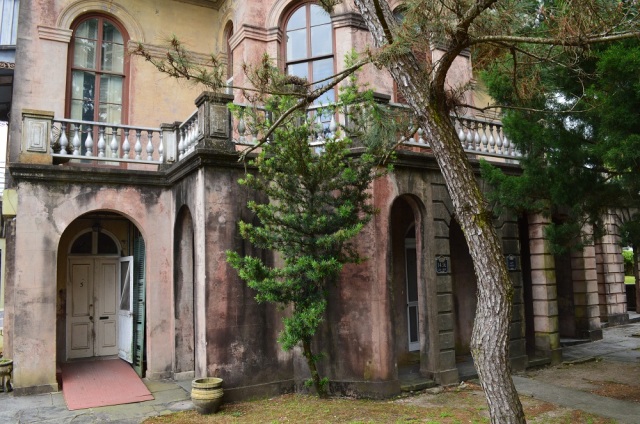 New Orleans ruin May 2019 The Luling Mansion owned by a wealthy German cotton merchant. When both his sons drowned in the Bayou and the civil war put and end to his business he left New Orleans to never return again. It was then turned into the Jockey Club until 1905 before being left to ruin. 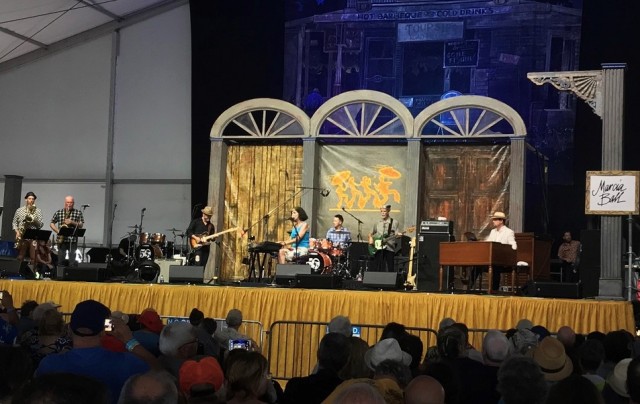 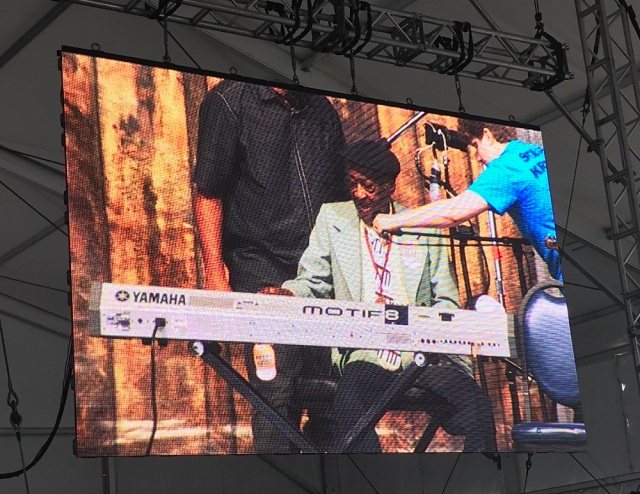 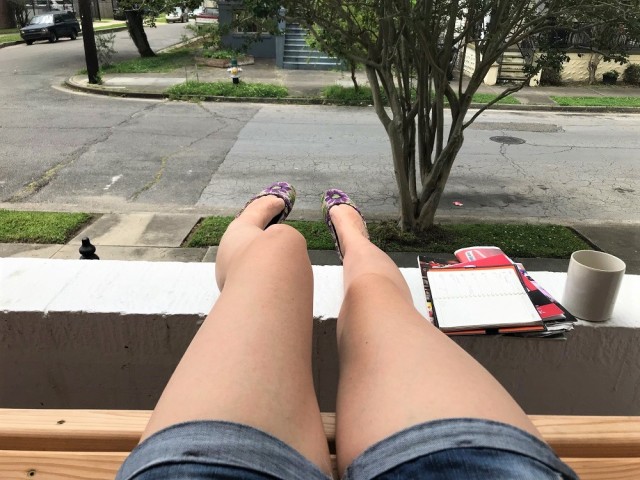 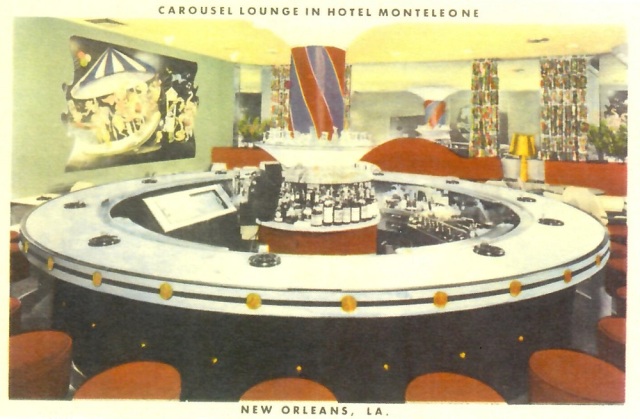 The New Orleans Jazz Festival is one of a kind.  It puts so much new music in the shade particularly because as I have mentioned before the omnipresence of backing tracks with so many major acts at big festivals have but destroyed for me the feeling of what live music is supposed to be.  The gospel choirs in the tent, Mavis Staples and her band, Trombone Shorty and also the Second Line band we saw at Preservation Hall I think from the 7th.  It was some of the more underground things we went to- the folk tunes of the tribes and their ‘dance’ that remain with me like a blues harmonica being played down a reverb in my ear so long and deep it’s like being in some kind of David Lynch movie or in an Alan Lomax dreamland.

I still listen to tapes and Studs Terkel’s 15 minute interviews are so wonderful and from these interviews is one with Wole Soyinka which mentions that the Second Line may  have come from Ghana.  I ate gumbo with a local legend on the gumbo scene, hung out at Kermit (Ruffins) place, went on a tour of the 9th district saw Fat’s house, heard and learnt about Zydeco in Lafayette, ate Crayfish in Crayfish Town, had the best meat ball sandwich at a butcher, had my tea leaves read which warned me of imminent change again, saw alligators and was told to dial up the magic of this world anytime. 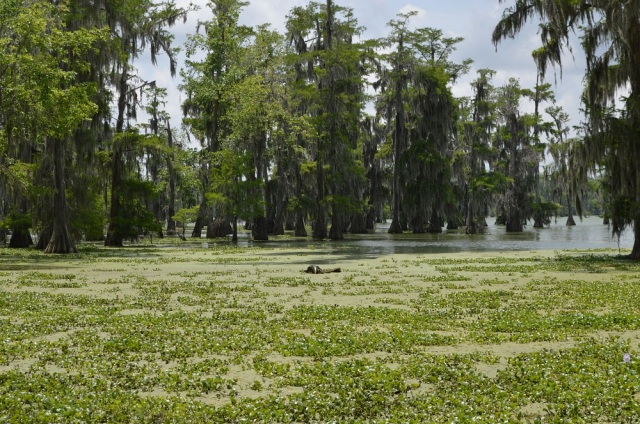 The only place I didn’t dig was the Country Club which wasn’t my friend’s recommendation but on hearing it had a pool I was game.  I was imaging a Club like out of a 1950s Douglas Sirk film or on the other hand like the poolside postcards of Palm Springs, or Burt Lancaster style pool party as in ‘The Swimmer’. 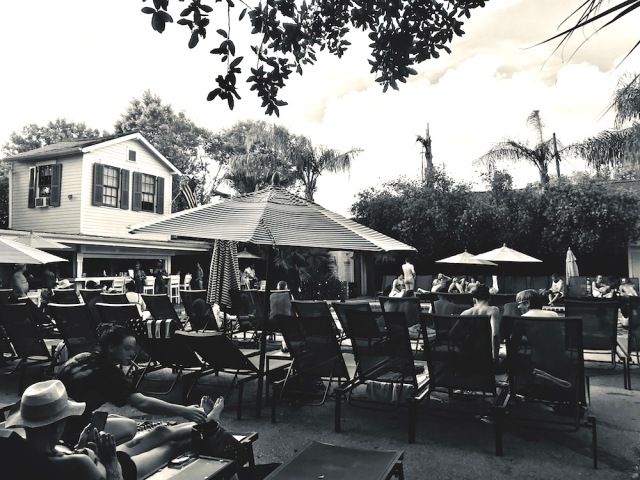 It was once a naturist kind of bar/ restaurant with a pool.  It became obligatory to wear something after there was an incident.  There were a lot of complaints about this covering up policy. I was relieved.  I went for a swim (no one else was swimming) everyone was drinking and perched on the side of the pool. I went deep down to the bottom of the pool and could not believe the number of pubic hairs in the filter. I also couldn’t believe that the only person I had hitherto spoken to in New Orleans in some café found me covered up in the shade hiding.  I wasn’t in the mood for talking as I rarely am when I’m feeling fairly undressed.  But he found me and it illustrated to me New Orleans seemed to be a smaller place than I thought!  I certainly wasn’t going in the Jacuzzi which seemed to be full of about 10 people and let’s just say judging by the pound of flesh it was certainly cozy in that hot tub.  I know I don’t have poolside etiquette and I’m a freak. 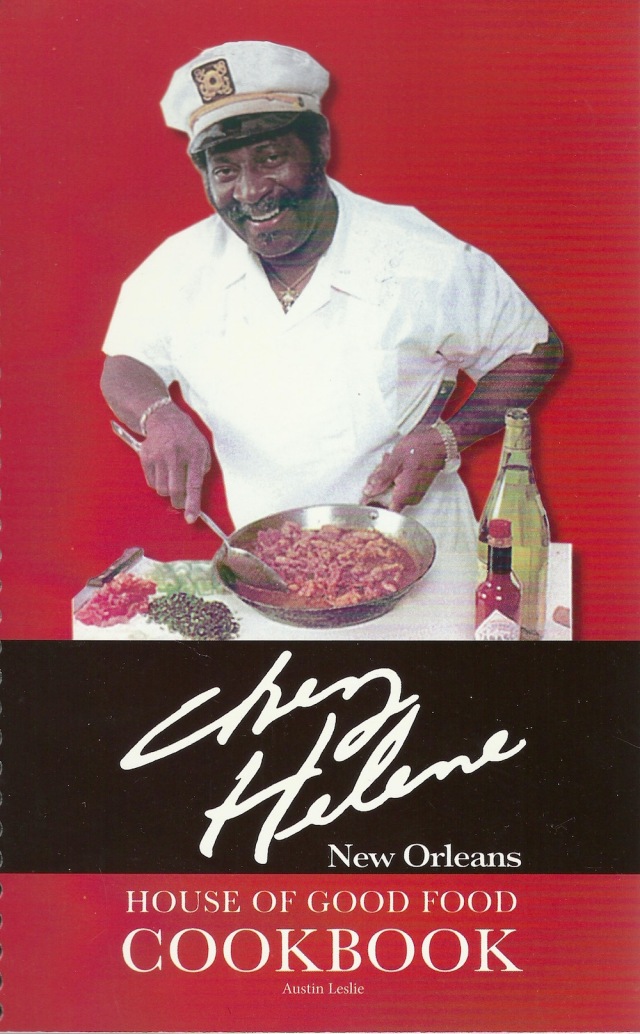 ANOTHER TIME ANOTHER PLACE I TOOK OFF FOR BELGIUM HOME TO…

Lettie got given a whole load of art gallery openings and leaflets from a lady who had died from Giles at the Worlds End Bookshop. The lady may have been a critic – but what great taste she had and what great art she saw Magritte Hayward Gallery 21 May – 2 August 1992 A Guide

Gent – Graslei Gand – Quai-aux-Herbes Mexichrome France – this is all pedestrianised now with cafes all along and no cars. Great for people watching.

My second visit this year was Ghent ‘Europe’s Best Kept Secret’.  I was intrigued because Jonathan Meads had done a fascinating documentary on Belgium, it’s medieval history (Ghent and Bruges were originally Flanders), it’s gothic churches and extraordinary works of art (The Ghent Altarpiece by Van Eyke the most famous in Ghent) in a sort of contrast to the overt classic Renaissance style and exuberant Rocco artwork found in Italy, it’s Mediterranean light, it’s Roman foundation and Catholic dominated patronage. 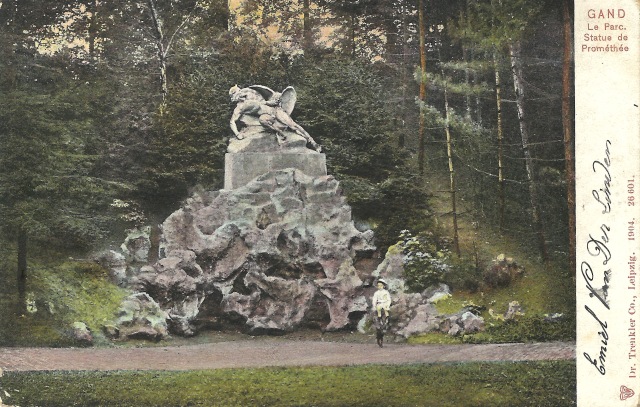 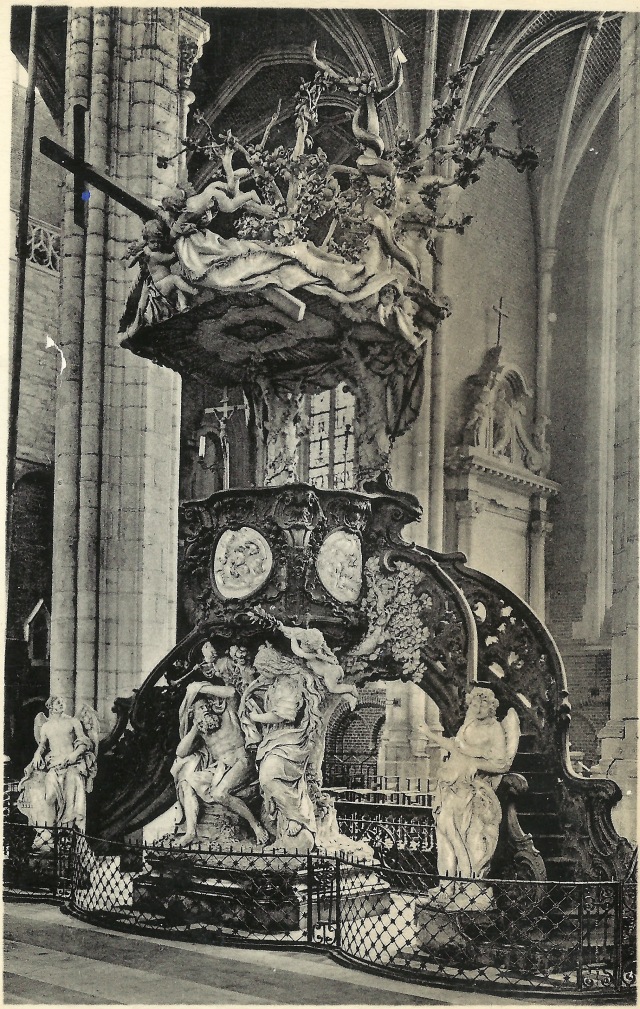 Van Eyck L’Adoration de L’Agneau possibly the single most famous painting in the world postcard posted 16 August 1920 One half of the key panels (far left of this pre- theft postcard) of the Ghent Altarpiece in Bavo Cathedral was stolen in 1934 and to this day has never been recovered and is still being investigated to this day. 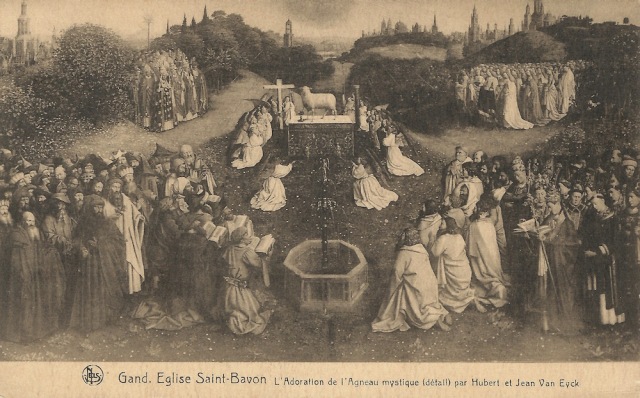 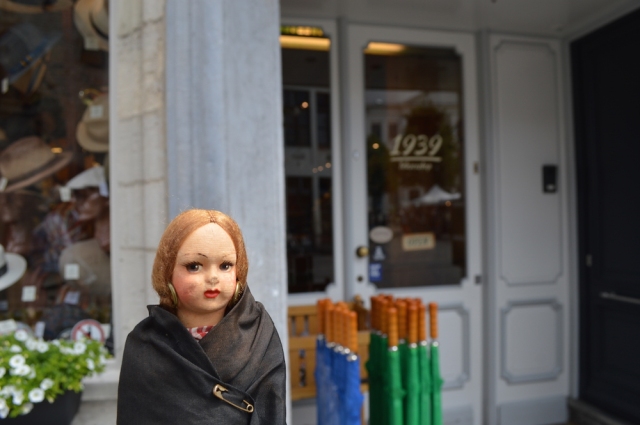 Dolly outside the umbrella shop in Gent May 2019 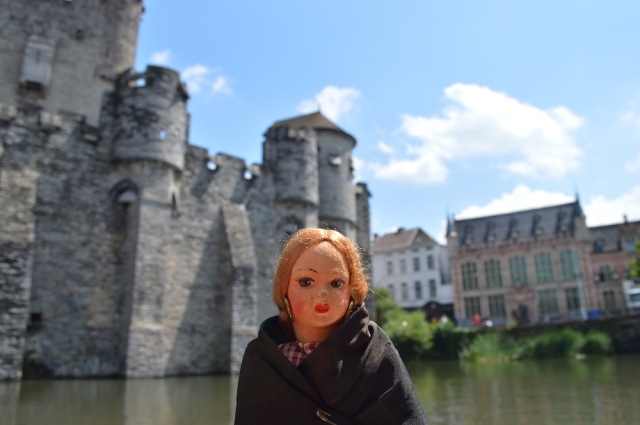 Dolly outside Gravensteen Castle of the Counts

Dolly in Graffiti Street Werregarenstraat, 9000 Gent, Belgium before falling through the bars

I fell in love with the place (which has a distinctively different character from the rest of Belgium perhaps not so much from Bruges which I have not visited) because the people of Ghent were rebels and the city was the largest city in Flanders and in Medieval Europe one of the richest most powerful cities in Europe.  One thing I took away with me was the incredible mustard! I also found some old postcards.  What an intriguing and I hear musical city it is (mainly because musicians can afford to live centrally).  Although I didn’t see any gigs I know that I once played there so soon as I arrived because I found the umbrella shop.  I remembered I had been in 2009 with Peter Murphy. How strange and odd to go back and not really realise I had been there before.  Apart from an incident involving Dolly falling into some locked up garden, the trip was full of small adventures. Re-treading old steps; this time actually seeing it afresh.  The food (beef, mussels, chips), the people and the ambience was perfect.  It was a great place to people watch.  I even had this whole story in my mind about the various dogs.  The strangest sight of all though was a father and his two young teenage sons on hoverboards.  At the most unexpected place and time they would silently all three of them appear and then disappear like strange outer world creatures of the future. 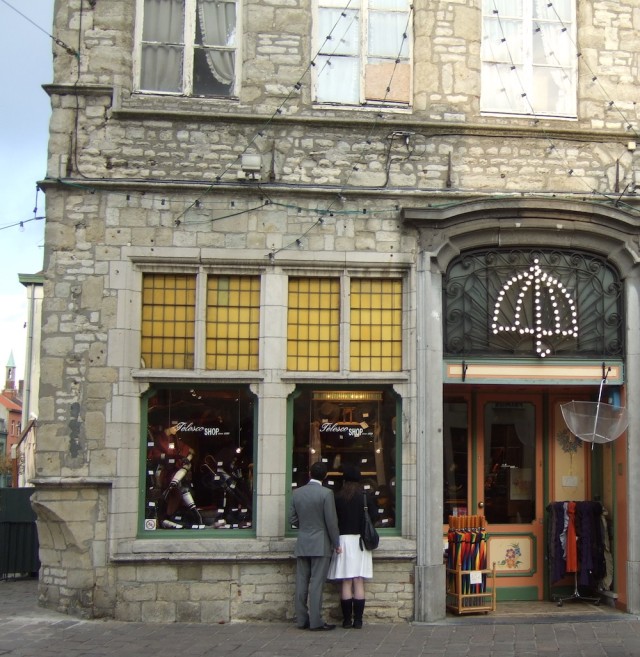 Lettie in Gent doing Peter Murphy Merch Handelsbeurs 2009. Picture first appeared on Myspace blog before Myspace burned taking with it all my memories of that tour.

London feels quiet.  I am thinking about the moon landings. 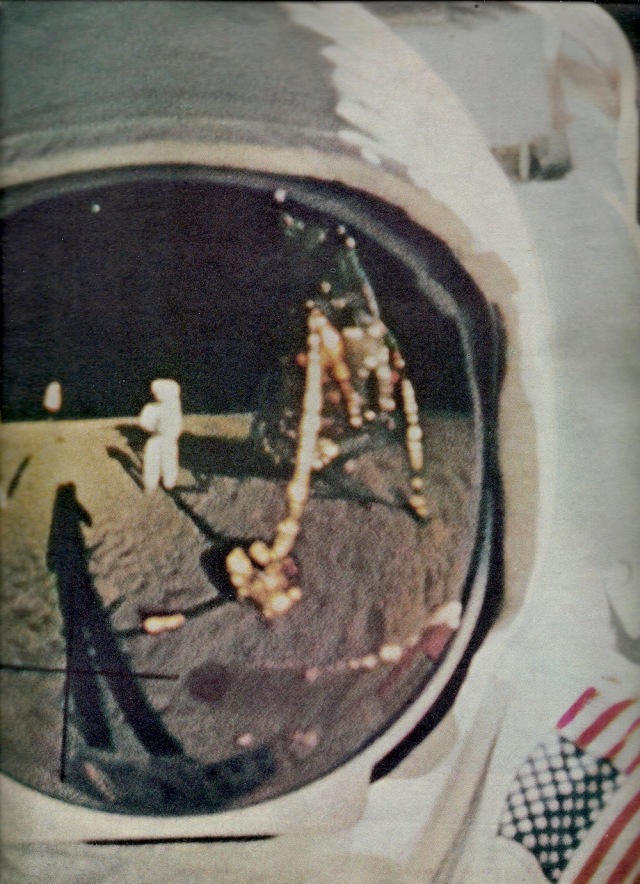 Concerts presented by Harvey Goldsmith and Fritz Rau produced by Brockum International printed and made by Bradmore Press 1977 (original concert promo probably when Lettie’s folks went to see him in the 70s- so large can’t scan the words BOB DYLAN) Watch Scorsese’s new documentary on him Rolling Thunder Review: A Bob Dylan Story and watch the end credits. It will blow your mind. The never ending tour.

Till we meet again…