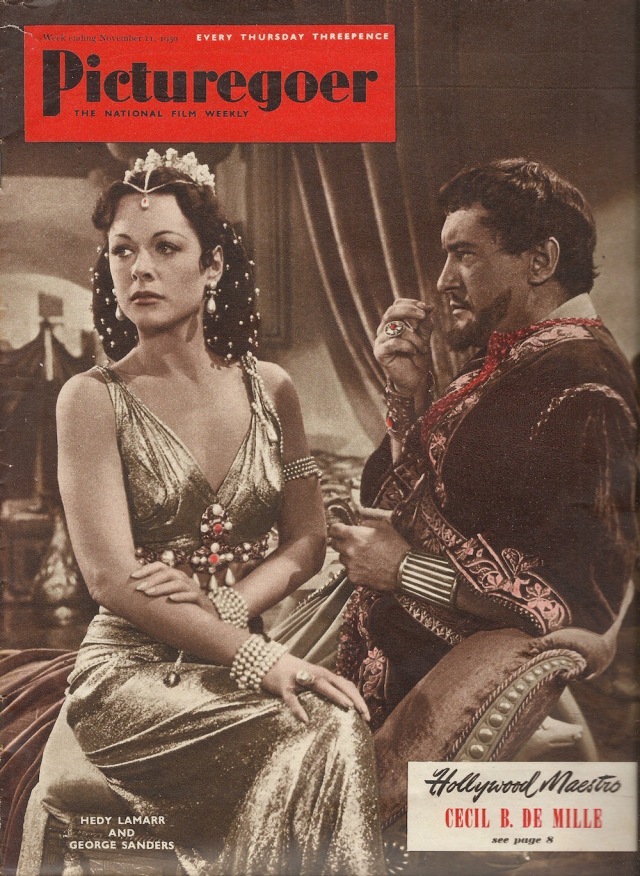 Here is Hedy Lamarr in November’s issue of Picturegoer  in 1950.

Hugh Cornwell writes a great song about her in The Most Beautiful Girl in Hollywood if not the the brainiest in his excellent new album Monster.  Another great album out this month is The Wanderer by Cat Power.

Here she is with George Sanders who incidentally wrote in his suicide note:

“Dear World, I am leaving because I am bored. I feel I have lived long enough. I am leaving you with your worries in this sweet cesspool. Good luck.”

I saw George Sanders recently in the classic 1960s B Movie Village of the Dammed.  He was a one off with a unique turn of phrase.

Luck found me up at the Royal National Hotel in Bloomsbury on Sunday where I found a great assortment of quirky postcards and ephemera. 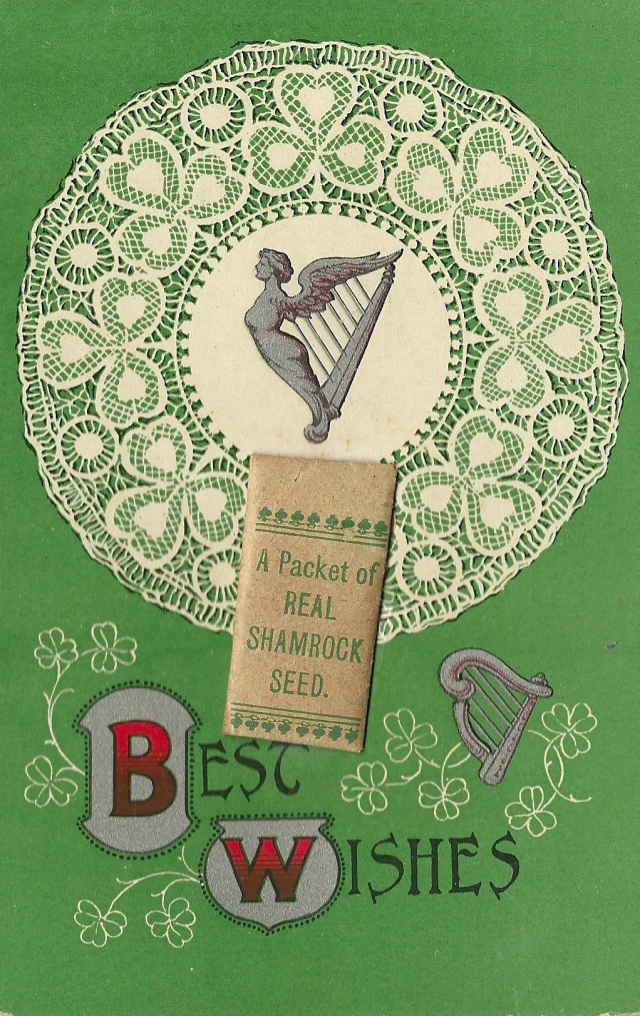 I went round the Ephemera Fair and found very few postcards of Halloween. I feel I am starting to get to know quite a few of the dealers now.  Halloween was never a big thing in this country and it was certainly not so commercial.  In fact the postcards are always American so here’s one I found which I quite like. 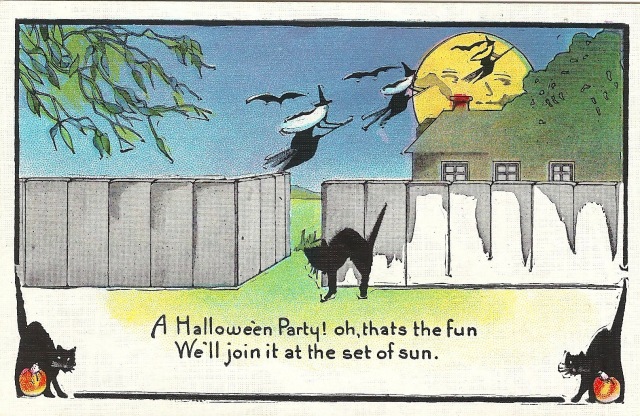 Destination Unknown by John Hunter The Sexton Blake Library No 294 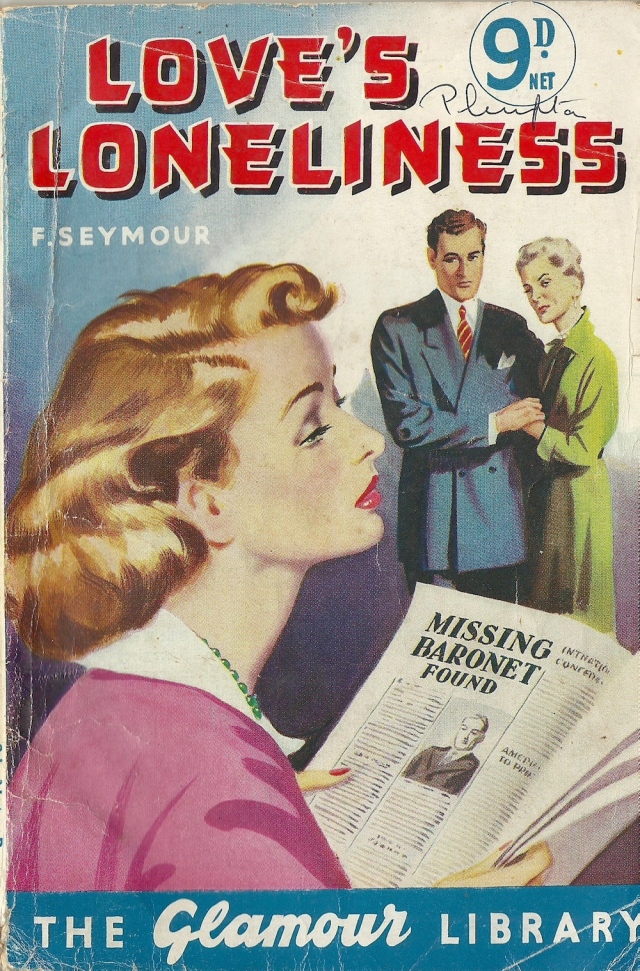 Love’s Loneliness by F. Seymour The Glamour Library (no date)

Having not been out to any gigs lately I went to three last week: The mysterious, beautiful and ethereal Erin Lang of Foundling, the extraordinarily underrated and brilliant Sniff ‘n’ Tears with Richard Moore who plays violin with me and the adorable Caitlin Roberts on accordion (check out their band The Lost Revellers too) and the hypnotic and the traversing BCUC which didn’t hit the floor at Camden’s Jazz Café till 1am.  I felt I was in Soweto.   I am continuing my musical escapades to see House of Love in November and Peter Murphy and David J celebrating 40 years of Bauhaus on my Birthday in December in Brixton. 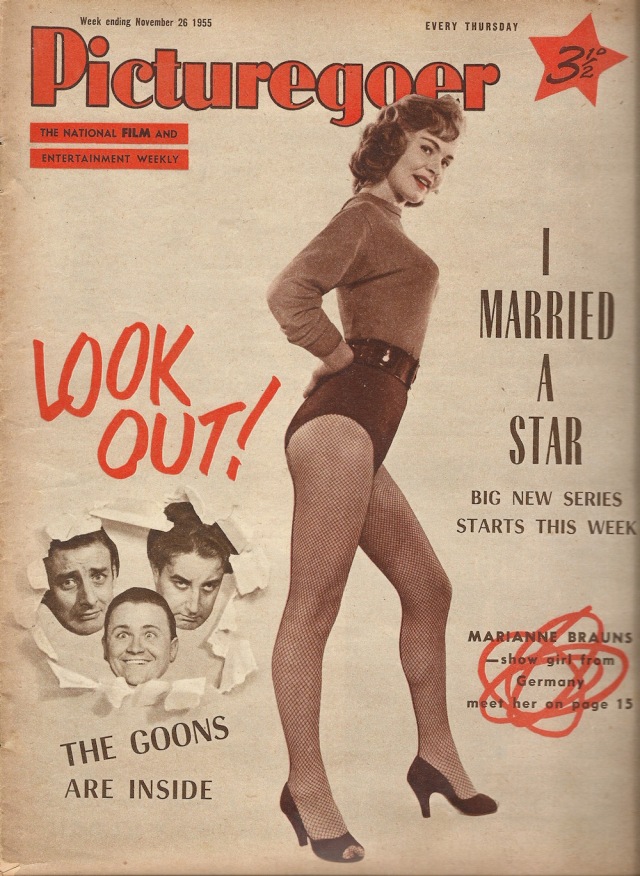 I Married A Star Picturegoer November 26 1955

Istanbul is a city so extraordinary I couldn’t believe my eyes. 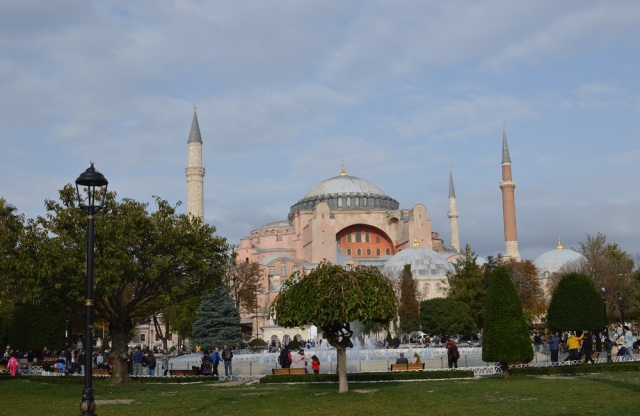 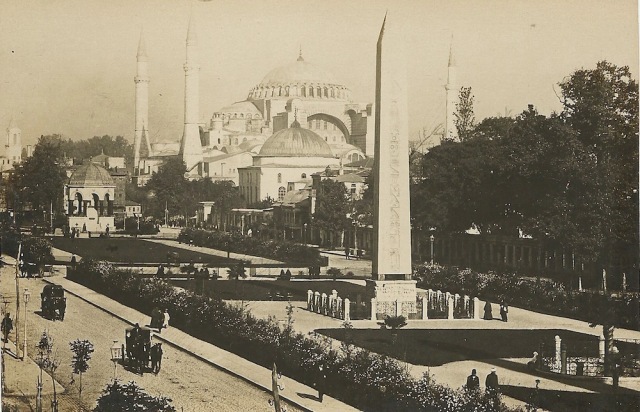 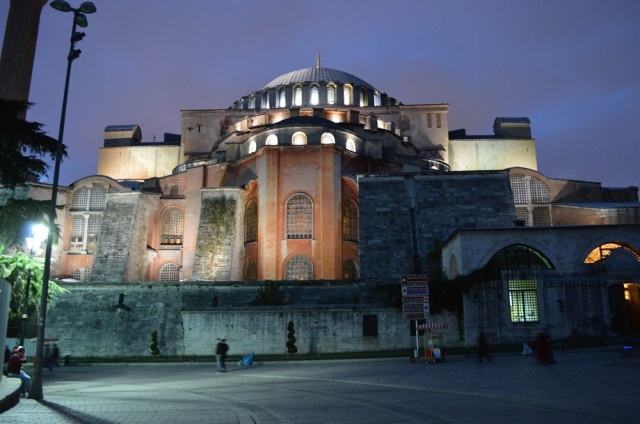 I studied Byzantine History as a student at Glasgow and went to try and discover the Byzantine landmarks such as the obvious ones like Hagia Sophia (above) or even fragments of this history hidden in the most obscure places with my friend who is a doctor in the subject and quite a few others.  Photographs could not do justice to what I saw. 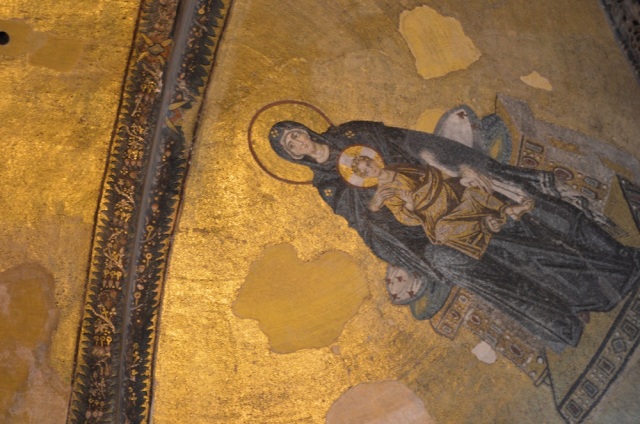 On the ceiling of Hagia Sophia (October 2018) You can probably buy a better postcard! Photography by Lettie

A highlight was visiting the Holy Byzantine shrine (one of only three remaining in Istanbul) underneath a carpet shop that was featured on the BBC’s Ancient Invisible Cities which is still available here on the iPlayer.  The carpet shop Kirkit had moved so the building was shut but we found owner Ahmet Diler at his new premises in Mimar Mehmet.  I bought a couple of beautiful carpets from 19th century and 1930 probably my most valued items I have ever bought and he gave us a tour because he still was in possession of a key and so we went underground.  Here is the Virgin Mary – a beautiful mosaic survived hundreds of years – you can just make out her eye (circa 7th century). 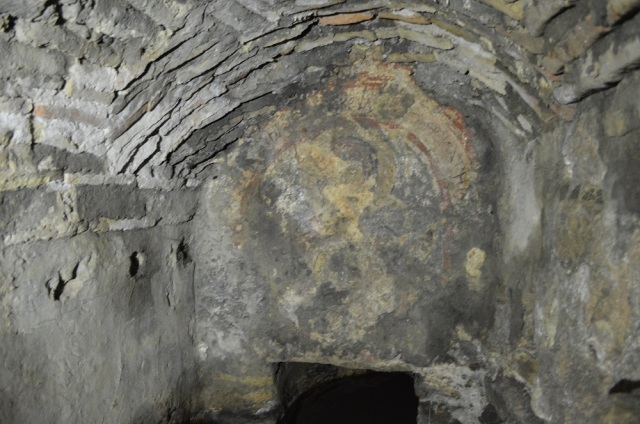 Even the Grand Hotel de Londres was quite something.  I adored the two parrots one of which was in the habit of wolf whistling! You would put your hand through the bars of the cage and he would tuck his head into it impressing on you to stroke his head.  The other one photographed here liked to somersault on his trapeze to show off.  It had to be the noisiest hotel in Istanbul but also the most interesting.  Here are some photographs of Dolly having a look around…

So lucky I am to see this Holy well and visit Istanbul. Orhan Pamuk describes it so well in his Istanbul Memories of a City.  I managed to visit his museum The Museum of Innocence.  It’s hard to describe but it benefits from having read the book but having not read that particular book I followed this story that begins in the 70s and spent hours in this museum looking at the beautiful displays set up specifically to tell the story: 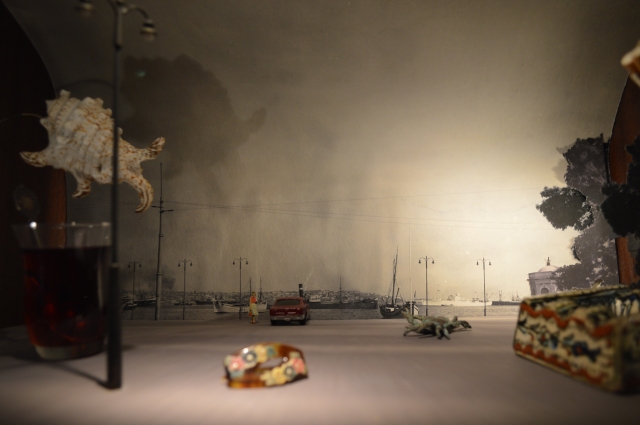 From The Museum of Innocence October 2018 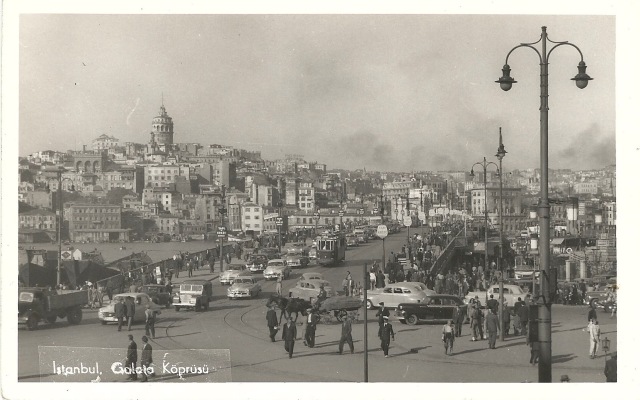 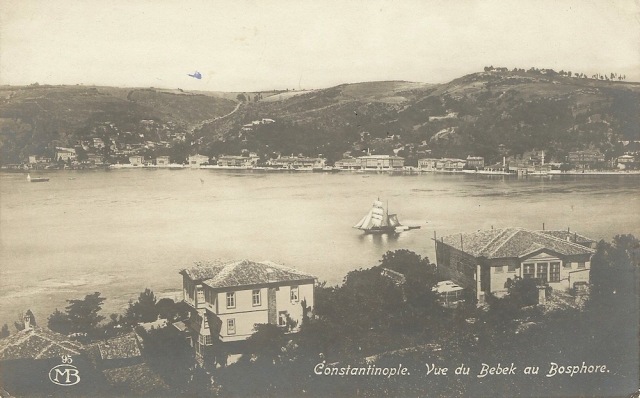 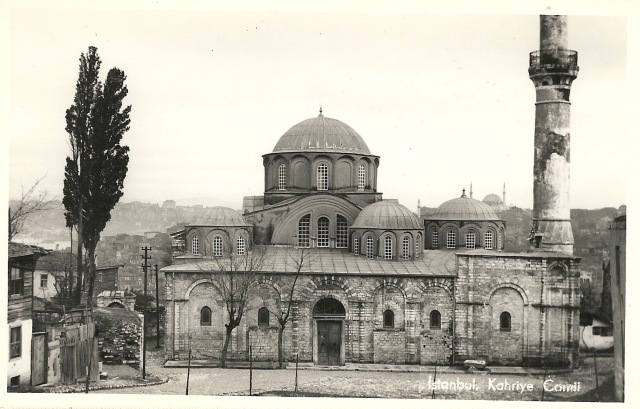 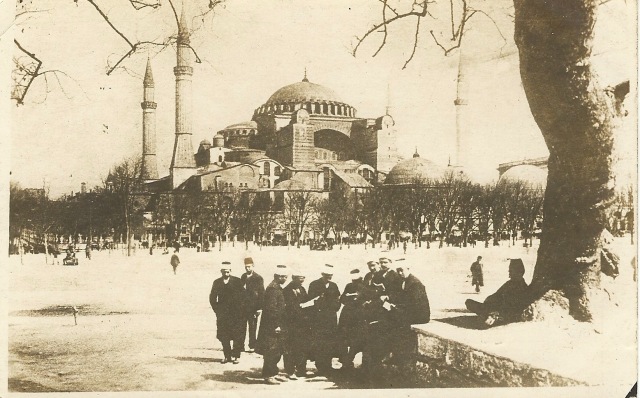 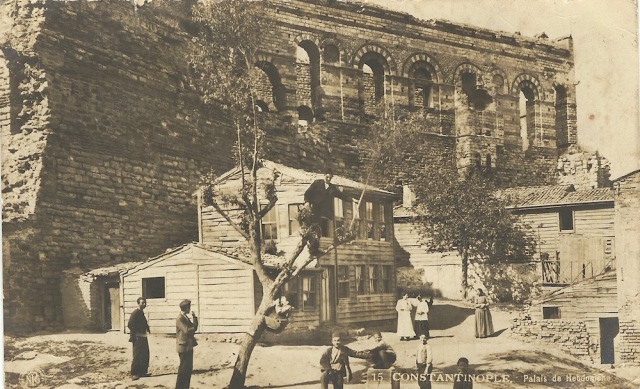 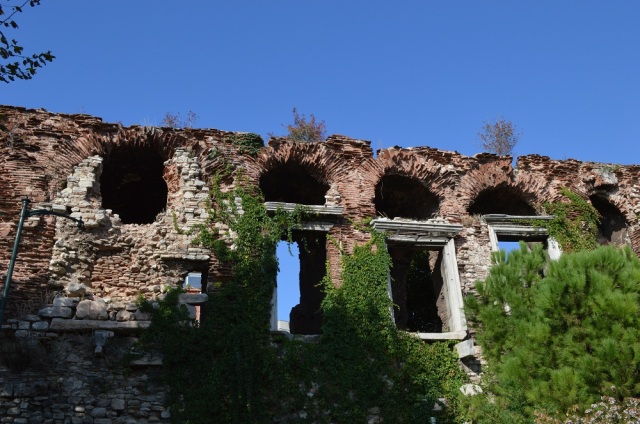 Orhan talks about huzun all the time in the book.  It’s a trait that’s unique to the city and really I see it visually as a melancholic cloud hanging over the city.    It is a place of saudade.  It is a place of grandeur and tragedy.  It is East and West.  It was Christian and Muslim.  It was Greek, Roman,  a part of it, where we stayed Genoese, Ottoman, and now a place of anxiety from what I hear from our Turkish companion who was travelling with us.

I will never forget our trip up the Bosporus in a boat looking at one side Asia and other side Europe, the perched Yali houses, the boats further up heading towards the Black Sea, the grey lead sky that reflected deep into that disturbing river.

In another Turkish city Smyrna now Izmir I found this picture: 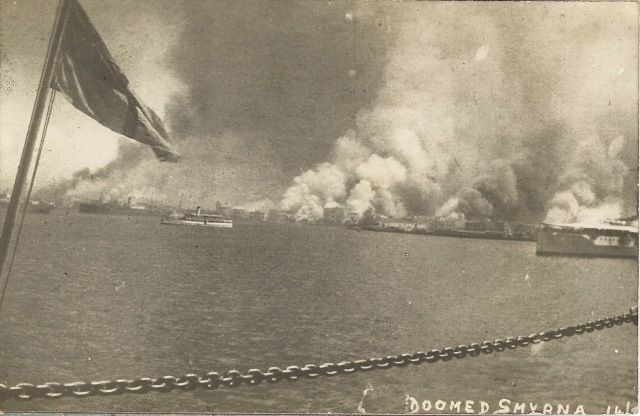 Very rare postcard probably would have been given by sailor to someone to spread the news to Europe -The Great Fire of Smyrna in September 1922 – marked the end of the Greek Turkish War and saw four days of fires resulting in 10,000 to 100,000 Greek and Armenian deaths by the Turks. Many refugees died on the banks and later in Anatolia. 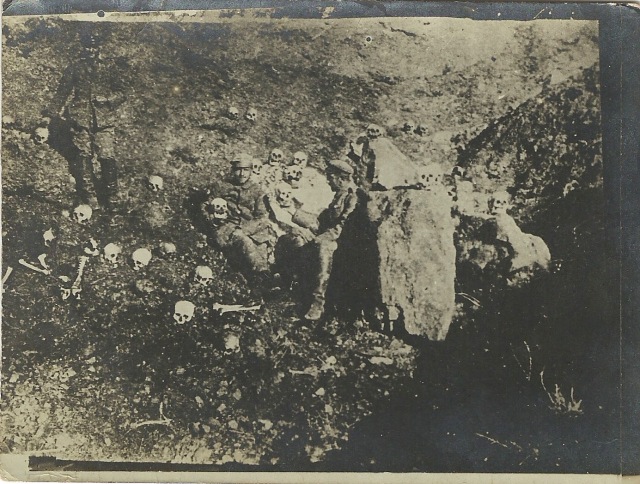 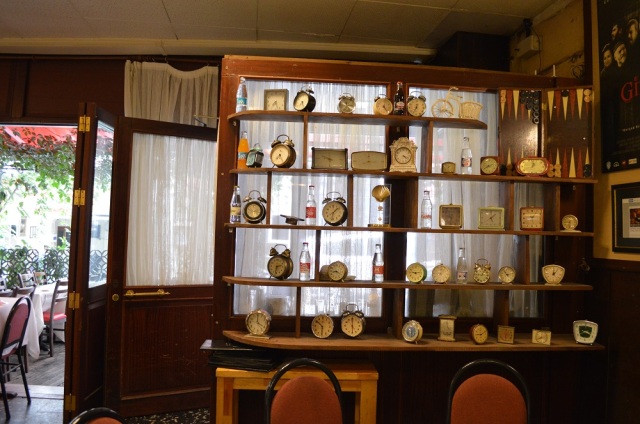 My next album is coming out next year which is exciting and I have done a huge amount of writing lately not always good but I have had a productive year. 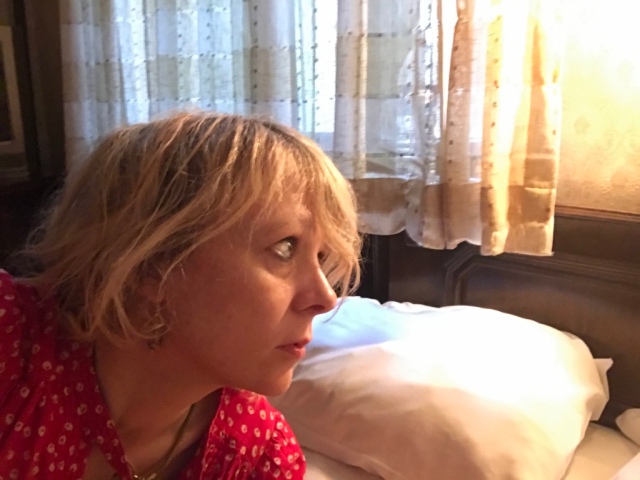 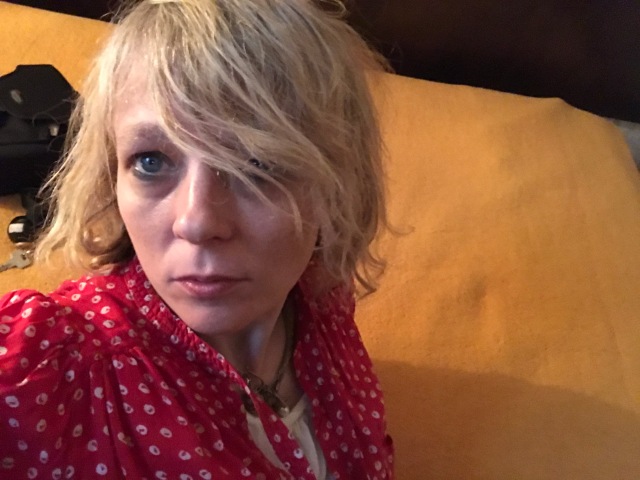 Another sleepless night at the Grand Hotel de Londres October 2018 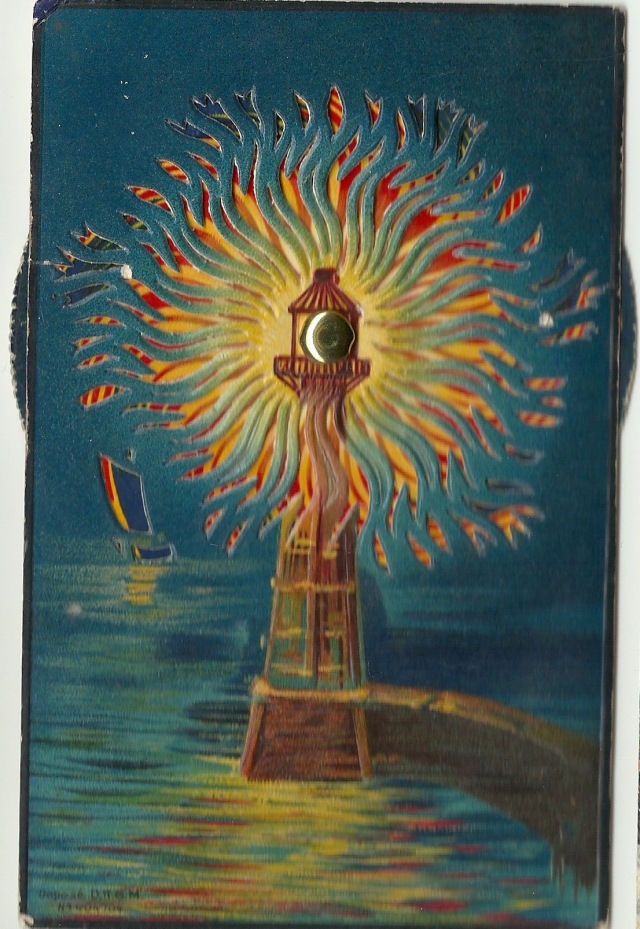 You can spin the wheel round! Another quirky postcard I found – Alfred Stiebel & Co The Alpha Series Dear George did you catch any crabs in Weymouth… 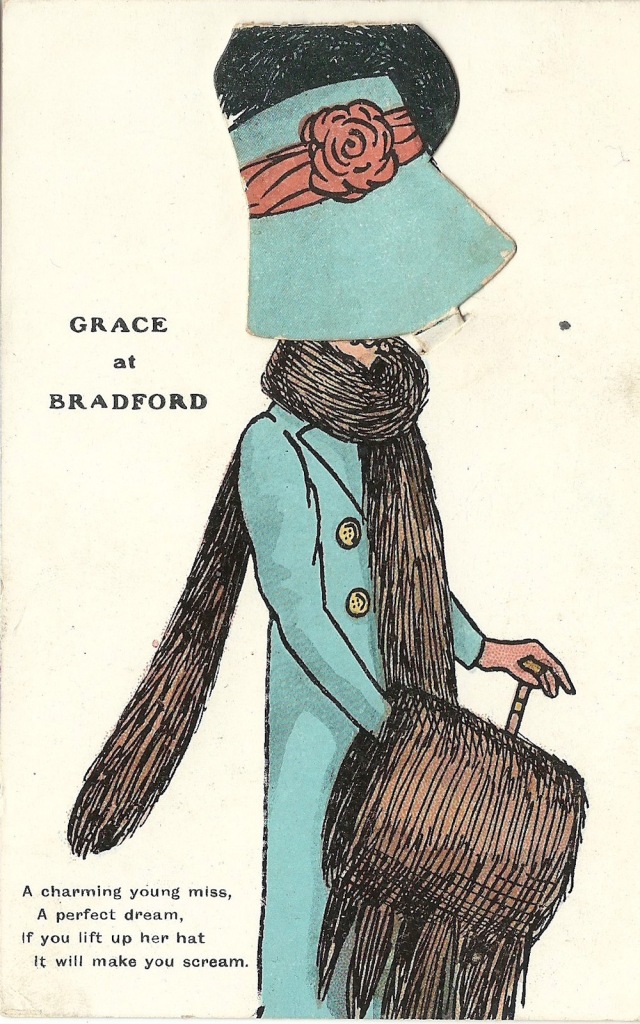 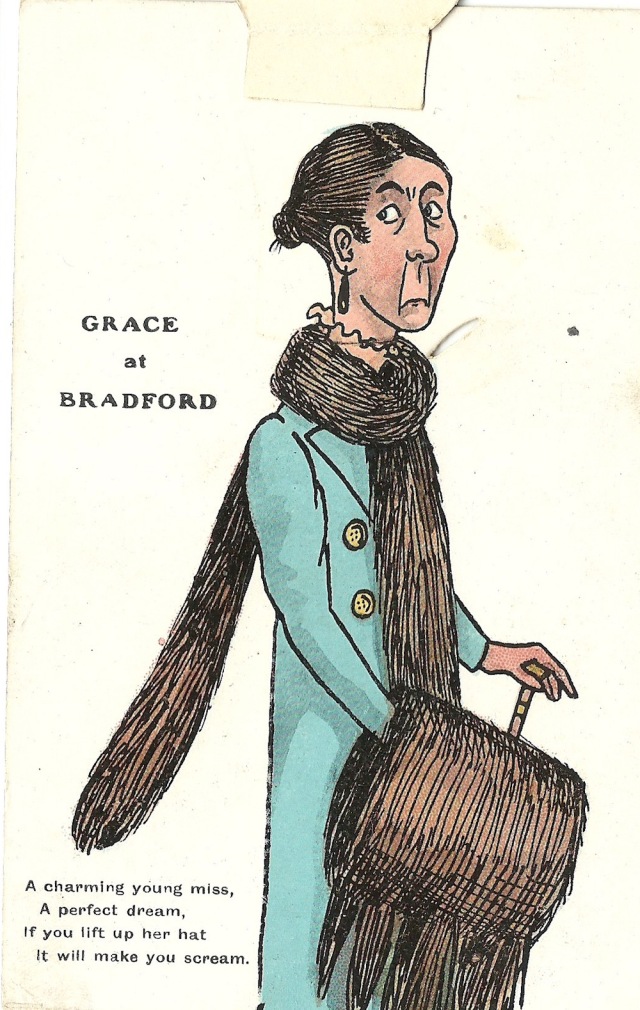 Grace of Bradford unmarked except British Manufacture Throughout